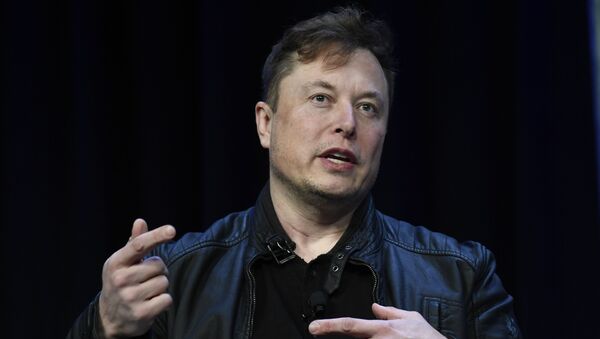 While billionaire Elon Musk’s approach to raising his children has involved a Bel Air mansion and the invitation-only private school he founded, as reported by Business Insider, single mother Maye Musk in previous interviews touted the benefits of encouraging offspring to take responsibility for their own career paths and avoid spoiling them.

Maye Musk, mother of CEO and chief engineer/designer of SpaceX, CEO and product architect of Tesla, billionaire Elon Musk shared some tips on raising a successful child in an interview for Forbes.

The single mother, who besides Elon Musk, who built a $23.6 billion fortune after cofounding PayPal, Tesla, and SpaceX, raised two younger children — restaurateur Kimbal Musk and filmmaker Tosca Musk, emphasized that hard work was a principle she picked up from her own parents.

@elonmusk your moms adorable too! What a very blessed and fortunate family with good core values. Makes investing in Tesla even more rewarding!!!She seems like a wonderful mother! Very sensical You’re all pretty easy to love! @mayemusk pic.twitter.com/mujeYjzWwS

​Maye Musk, 71, took an opportunity to look back on her own career and shared advice in her new book A Woman Makes a Plan: Advice for a Lifetime of Adventure, Beauty, and Success.

Hard Work that Paid Off

Maye Musk was born in Saskatchewan, Canada in 1948, moving with her family to Pretoria, South Africa, in 1950.

She married at the age of 22, yet her abusive high school boyfriend forced her to seek a divorce after nine years of marriage. As a single mother, Musk raised her three children alone, working as a dietitian and as South Africa’s first plus-size model, with appearances in Vogue and Cosmopolitan.

This quote is for you!

"Sometimes when I need a miracle I look at my son's eyes and realise I have already created one"! ~Anon pic.twitter.com/il6hwgIghC

Underscoring the importance of learning to shoulder responsibilities at an early stage in life, Maye Musk denied she ever felt guilty about working full time.

“My children had to be responsible for themselves and to be considerate of my work… There is no need to feel guilty. If you don't work, and you are resentful, it won’t be fun for your kids,” says Musk.

From an early age, her children helped her in her work, with son Elon “good at helping to explain the word processor functions to me, not surprisingly”, says Musk.

“I brought up my children like my parents brought us up when we were young; to be independent, kind, honest, considerate and polite to work hard and do good things”.

When asked how she managed to raise such successful children, Maye Musk never fails to stress the importance of teaching youngsters to survive without luxury.

“When they went to university, they lived in quite poor conditions, mattress on the floor, six housemates, or a dilapidated house, but they were fine with that,” says Musk of her parenting style.

The woman went on to insist that if children aren’t used to luxuries, they survive better.

“Once you’re sure your kids are in safe situations, let them look after themselves”.

The successful model also singled out the value of allowing one’s children to follow their interests. When Elon was young, she says she picked up on his interest in reading and always retaining everything in his memory.

“He was always absorbing information. We called Elon the Encyclopedia, because he had read the Encyclopedia Britannica and Collier's Encyclopedia, and remembered everything. That’s also why we call him Genius Boy. We could ask him anything. Remember, this was before the internet. I guess now we would call him The Internet.”

The supermodel said that she raised her son alone until the age of ten, after which he moved to his father’s home.

“My ex-mother-in-law made Elon feel guilty for the fact that I was raising three children, and his father - no one,” she explained.

Maye Musk also noted that her father could provide Elon, already fascinated with programing at the time, with a computer, while she could not afford one.

“I was worried that they would be better off in my happy home, but they replied that the Father was almost never at home, so everything was all right,” Musk added.

Maye Musk never fails to express her profound pride in the achievements of her son, saying:

“My oldest child, Elon, is making electric cars to save the environment and launching rockets.”

American entrepreneur Elon Musk founded SpaceX, an aerospace manufacturer and space transport services company, of which he is CEO and lead designer, in May 2002. 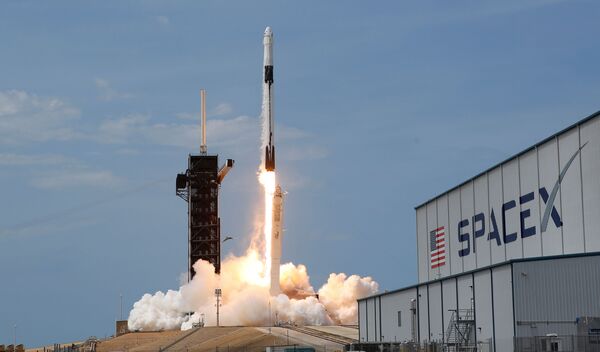 In 2002 Musk developed the Dragon spacecraft, which ferried supplies to the International Space Station (ISS). At the end of May, a Falcon 9 rocket, carrying the Crew Dragon 2 reusable spacecraft, both constructed by Elon Musk's SpaceX, carrying two NASA astronauts, Doug Hurley and Bob Behnken, lifted off for the International Space Station (ISS) and successfully docked with it.

Elon Musk joined Tesla Motors, Inc. (now Tesla, Inc.), an electric vehicle manufacturer, in 2004, the year after it was founded, and became its CEO and product architect.

​In 2010, the company’s initial public offering raised about $226 million.