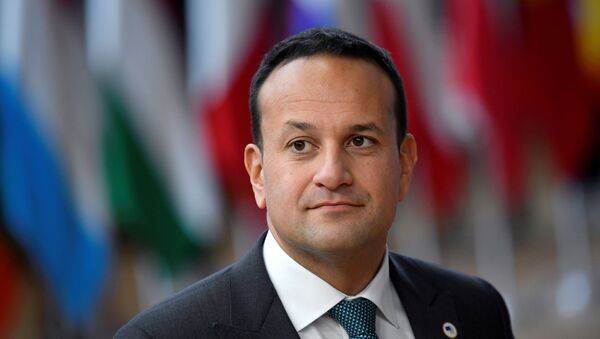 Sinn Féin were the winners of the popular vote in Ireland’s general election on 8 February. However the left-wing party failed to gain enough seats to form a majority government. Four months later, Fine Gael, Fianna Fáil and the Green Party have joined together in the hopes of forming a coalition government.

A deal has been reached by Fine Gael, Fianna Fáil and Green party leaders on a draft programme for the parties to form a coalition government in Ireland.

The proposed coalition, which still needs to be passed by the parties memberships, would see Fianna Fáil leader Micheál Martin serve as Taoiseach until December 2022.

Current Taoiseach and Fine Gael leader Leo Varadkar would then resume his role after this period and lead the country again.

The draft five year plan, named “Our Shared Future” says it aims to “create a vision for reform and renewal that can help Ireland recover and thrive.”

A few of the plan's proposals include the State pension age being increased to 67, extra funding for public transport and cycling infrastructure, an increase to carbon tax and a commitment to reducing Ireland’s carbon emissions by 7 percent and an end to direct provision for asylum seekers.

Members of all three parties must support the plan and approval is not guaranteed. If over a third of the Green party reject the proposal a new election will have to occur, the Guardian reports.

Although Sinn Féin won the popular vote, the party was unable to secure the 80 seats needed to secure a majority government.

Fianna Fáil and Fine Gael have been historic rivals since they were formed during the Irish Civil War in 1922-23, and are now set to form a government together for the first time.

The Greens were persuaded to become the third coalition in the party after being allowed to include a number of environmental additions to the draft programme.

Irish Prime Minister Varadkar Ready to Lead Opposition After General Election Defeat
"This is an agreement that, from my point of view and certainly from the point of view of the country, is going to be a good one and one that is very much in line with Fine Gael's values and principles," Mr Varadkar said on Monday morning, RTE reports.

Fianna Fáil leader Michael Martin said,"It is a detailed programme and there has been a lengthy negotiation process, so it is the sum total of three parties and all the different spokespeople on different issues coming together.”

"Every party doesn't win everything", but he added that "the Green Party input was certainly there".