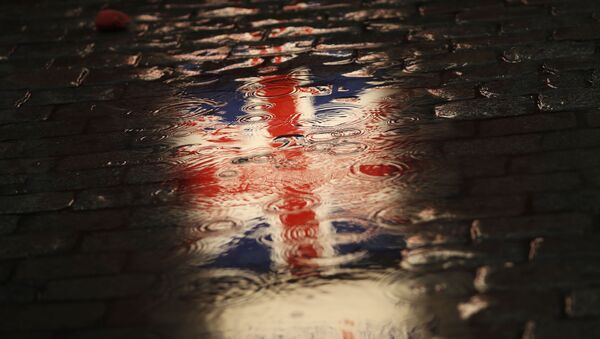 © AP Photo / Francisco Seco
Subscribe
International
India
Africa
London on 12 June formally confirmed that it will not seek an extension of the Brexit transition period beyond 31 December, as the deadline to hammer out the UK’s future relationship with Brussels draws nearer, with several rounds of video conferencing talks plagued by a series of major obstacles limiting progress.

UK Prime Minister Boris Johnson will reportedly warn Brussels that his country is ready for a no-deal post-Brexit if there is no agreement reached by the end of next month, reports The Times.

Johnson, writes the outlet, seeks an agreement with the bloc that retains tariff-free access for his country to EU markets, while insisting that the UK would be able to thrive under WTO terms. The latter automatically apply if negotiations bring the sides to a no-deal by the end of the year.

The call will be followed by a spate of weekly talks at official level in the course of five weeks starting 29 June looking at detailed technical issues that have stalled the talks, with hopes for some face-to-face meetings after sides were forced by quarantine considerations due to the coronavirus pandemic to negotiate remotely.

The move comes as on 12 June Friday formally confirmed it will not seek an extension of the Brexit transition period beyond 31 December, British Cabinet Office Minister Michael Gove said.

I formally confirmed the UK will not extend the transition period & the moment for extension has now passed. On 1 January 2021 we will take back control and regain our political & economic independence pic.twitter.com/nZjNpez8LI

​Reiterating the government’s stance, Gove had conferred with European Commission Vice President Maros Sefcovic and EU negotiator Michel Barnier at the second meeting of the EU-UK Joint Committee on implementing the Withdrawal Agreement on Friday.

The Joint Committee had to decide by the end of the month on whether to extend the status quo transition.

"We take this decision as a definitive one," said Maros Sefcovic, adding:

"In this context, we both agreed on accelerating the implementation of Withdrawal Agreement and to accelerate our work."

Earlier, Roberto Azevedo, director-general of the WTO, warned Downing Street that relying on WTO terms under a possible no-deal would slow Britain’s recovery from the COVID-19 pandemic.

Speaking on The Andrew Marr Show on BBC One, the official warned that the auto industry and agriculture would be hardest-hit if a trade with between the two sides failed to be agreed. These industries, says Azevedo, would be subject to heavy tariffs under default trade rules.

The head of the WTO suggested that a deal similar to the current arrangements would be better for jobs.

“The less disruption the better, the less turbulence the better, and less turbulence is the closest to where you were before… So if you can maintain the degree of integration and relationship that you had before Brexit, it is less traumatic than if you have to go to WTO terms,” said the director-general of the WTO.

As the deadline for Brexit negotiations to hammer out the UK’s future relationship with Brussels draws nearer, previous rounds of video conferencing talks brought little progress, beset by a series of major obstacles still to be overcome.

Notably, the sides remain at loggerheads over the issues of future access to UK fisheries and the so-called “level playing field”, which maps out the extent to which Britain is required to follow EU rules and standards in return for access to a single market. 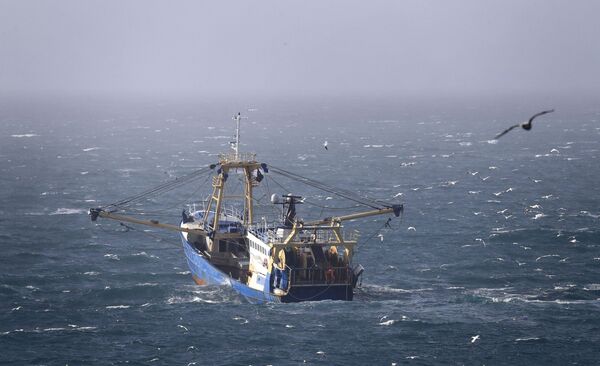 The British government had previously insisted it would refocus its attention from negotiations towards preparing the country for a no-deal outcome unless significant progress was achieved by 1 July.

Despite Michael Gove ruling out an extension, a group of MPs will call for a vote on extending the transition period, writes the outlet.

“No-deal Brexit at the end of this year would strike a devastating blow to people's livelihoods, businesses and the NHS just as we begin to turn the corner from the coronavirus. It's not too late to stop this monumental act of national self-harm in its tracks and agree to an extension,” Layla Moran, the Liberal Democrat leadership candidate, was quoted by The Times as saying.

Nicola Sturgeon and Mark Drakeford, the First Ministers of Scotland and Wales, also wrote to Boris Johnson on 12 June, urging him to request the extension and slamming as “extraordinarily reckless” a decision to end the transition in the new year.