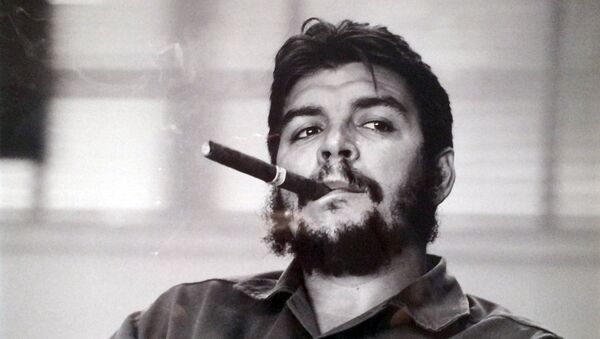 Ekaterina Blinova
All materialsWrite to the author
On 14 June 2020, Ernesto Guevara de la Serna, the Argentine-born revolutionary, physician, author, strategist and companion-in-arms of Cuban leader Fidel Castro would be 92. Dr. Heinz Dieterich and Argentine author Gonzalo Fiore Viani have discussed the phenomenon of Che and his legacy's significance for Latin America and the world.

It would be no exaggeration to say that in the 20th century, Che became a global revolutionary icon and continues to trigger both admiration and criticism, leaving no one cold.

"Since ancient times, humans have admired heroes, that is, people whose actions transcend those of the ordinary human being: in courage, in achievements, in noble ideas and in the willingness to sacrifice their lives for their ideals and values. When a hero dies for his cause or the cause of the people, he becomes immortal, a martyr. Or, as they say today, an icon," says renown German sociologist Dr. Heinz Dieterich, director of the Centre for Transition Sciences (CTS-UAM) and former advisor to President Hugo Chávez.

According to Dieterich, that is actually the case of Che Guevara, who died attempting to transform Latin America "into a democratic, prosperous and peaceful subcontinent for the people".

Argentine author and political analyst Gonzalo Fiore Viani echoes the professor, suggesting that "one of the things that make Che Guevara so special is that he fought and died for his ideas".

"Even when he had already achieved power in Cuba, he decided to leave and went to Congo first and Bolivia later, with the goal of making a revolution all across the world," Viani notes, adding that Che's early death and the fact that he faced it with great dignity also added to his legendary image.

Nevertheless, while revered by his supporters, Che is vilified with the same enthusiasm by his antagonists. For instance, British historian Nigel Jones called him "the squalid killer and totalitarian tyrant who remains… the iconic emblem of ignorant idealists the world over" and bemoaned the fact that several decades after his death the revolutionary "is [still] seen as a hero".

Even the comandante's right-wing Argentine compatriots are highly critical of him, demonising him for being a symbol of the left and guerrilla movement in the late 60s and first 70s in the country, Viani elaborates.

This situation is hardly surprising, believes Dieterich: "The demonisation and assassination of this man by the dominant classes was inevitable, as it was inevitable with Jesus, Gandhi, Malcolm X and so on," he opines. 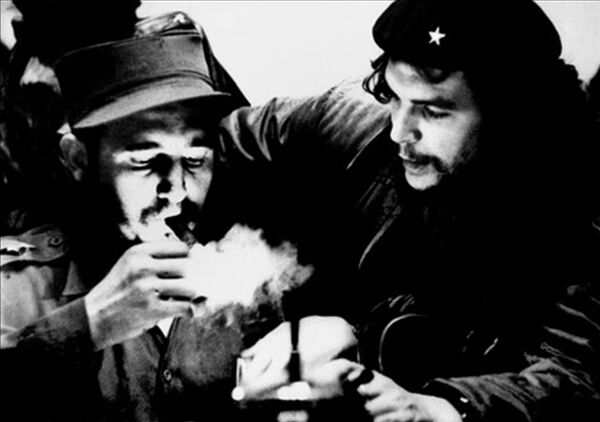 Why Did a Doctor Turn Into a Guerilla Leader?

Born to a middle-class Argentine family of Spanish-Irish origins, he'd probably have made a good physician, although his poor health could have imposed certain activity limitations on him. However, Che picked a completely different fate. One might ask how a doctor could become a revolutionary and guerrilla leader.

"Apart from the socialising influences of his family, particularly his grandmother, there were four main life experiences, which converted Che into the revolutionary freedom fighter we know him for", explains Dieterich:

·        First, his suffering from severe asthma, which he'd experienced since childhood, had made him sensitive to the suffering of other people. That's why he'd stopped studying engineering and instead chose to pursue a medical education, while a student in Buenos Aires.

·        Second, his famous motorbike road trip from Argentina to México in 1953 revealed to him the appalling injustices, racism, inequality and chauvinism, which had converted Latin America into a dystopia controlled by capitalists, semi-feudal landowners and transnational corporations, amid the ever-present domination of the US.

·        Third, the counterrevolutionary CIA coup against the mildly reformist social-democratic Guatemalan government of Colonel Arbenz in 1954 showed Guevara firsthand that all Latin American countries were essentially “banana republics”, controlled by the US.

·        Fourth, while working in a public hospital in Mexico City as a specialised physician, he met two Cuban exiles, first Raúl and then Fidel Castro. He accepted an invitation by Fidel to become the doctor of the planned guerrilla expedition to Cuba. Very soon, Fidel nominated Che the commander of a new column of guerrilla fighters, impressed by his qualities as a revolutionary leader.

"I believe Che's family understood him," says Gonzalo Fiore Viani. "His father was a communist himself and they were very proud of his son, although it must be a real surprise when they saw him being part of the Cuban guerrilla (movement). They went to visit him when he was already in power." According to Viani, it would be fair to say that Che "is more beloved in Cuba than in Argentina".

"In Cuba he is represented almost as a saint, even though he wasn’t born there, they have adopted him as a Cuban," the author says. "That also translates into the love the Cubans have for Argentina, they treat Argentine nationals very kindly and also are very eager to talk about him and his legacy. He is considered, along with Jose Martí and Fidel Castro, one of the founding fathers of the nation. He is even more beloved than Castro because Che died young and didn’t have any responsibilities in some of the later failures and economic setbacks of the revolution."

Recollecting his personal observations, Viani notes that Che's presence can be felt in every corner of the island, but especially in the city of Santa Clara, "the place where he fought his most famous fight against Batista’s dictatorship".

"His remains are in the city, in the Che Guevara Mausoleum, and the people there tell you stories about the time their fathers helped him or when they saw him walk the streets of the city," he highlights. 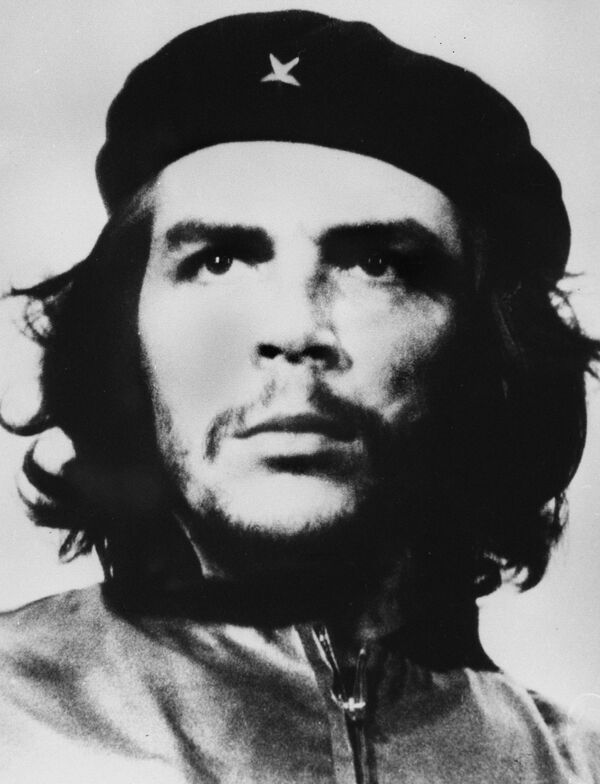 Unarguably, Che's fight and image influenced major revolutionary movements across the world in the 20th century.

"Che´s impact, for example, cannot be separated from the Vietnam war," Dieterich observes. "He inspired student and protest movements all over the world, together with the Black Panther Party in the USA, the women´s liberation movement, the civil rights movement and the National Liberation Wars in Indochina."

In essence, "Che was the personification of a young rebel fighting an old petrified order, in the historic mission of creating a 'new man' – el hombre nuevo— in a new socialist society," the professor explains, adding that the comandante's legacy also had an impact on young people in the counterculture of the 1960s, being what Jim Morrison was in cultural warfare and Malcolm X and Martin Luther King in political warfare against the capitalist system.

Having admitted that Che is still revered, the professor remarks that now, in the epoch of Twitter, Facebook and the general de-culturalisation of peoples and the youth, the revolutionary no longer influences masses in the sense he used to.

"Does the world need charismatic political leaders today? Yes, more than ever," Dieterich insists. "With current capitalism generating an ever more chaotic and social-Darwinist global environment, leaders with humanitarian ideals and sound values are in greater need than ever. I think, the most charismatic political figures today are Xi Jinping and Vladimir Putin, since Fidel Castro, Nelson Mandela and Hugo Chávez are gone."