UK Breaks With its US Ally, Voices Support for ICC After Trump Approves Sanctions 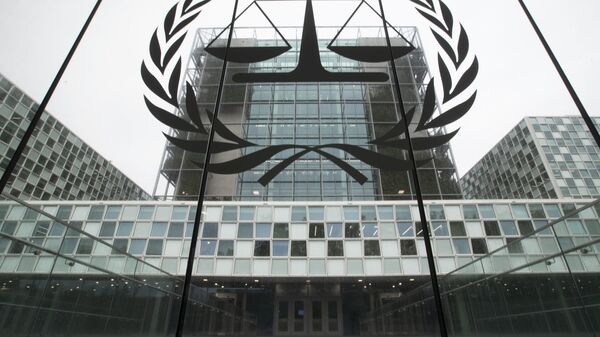 In a rare break with its US ally, London has expressed its support for the ICC, stressing that the legal body should be allowed to work impartially and without fear of sanctions in investigating international criminal activity.

"We will continue to support positive reform of the court, so that it operates as effectively as possible. ICC officials should be able to carry out their work independently and impartially, and without fear of sanction," Raab added.

Raab's comments follow Thursday's announcement by the Trump administration that it has authorized sanctions and travel restrictions against ICC officials investigating the activities of US military and intelligence personnel in Afghanistan for possible war crimes. In a statement to the media following Trump's signing of the executive order to that effect, Attorney General William Barr claimed that the US had substantial, credible information about alleged 'financial corruption' in the ICC that "calls into question the integrity of the ICC's investigations."

Along with the UK, France, another key US ally, has also expressed its disapproval over Washington's decision. On Friday, Foreign Minister Jean-Yves Le Drian called the Trump administration's actions an attack on the Rome Statute that established the ICC, and demanded an immediate withdrawal of sanctions measures.

The ICC expressed its "profound regret" over Washington's "further threats and coercive actions," but promised to continue its work.

United Nations human rights spokesman Rupert Colville, meanwhile, indicated that the ICC's independence "and its ability to operate without interference must be guaranteed so that it can decide matters without any improper influence, inducement, pressures, threats or interference, direct or indirect, from any quarter or for any reasons."

In March, after years of preparation, the ICC launched a probe into alleged war crimes and crimes against humanity in Afghanistan going back to 2003, including the alleged torture of prisoners at secret CIA black site prisons in Eastern Europe, and criminal actions by US forces, Afghan troops and the Taliban. Before the probe's approval, the US attempted to block investigative efforts and to issue individual restrictions against ICC prosecutor Fatou Bensouda, denying her a US entry visa in 2019.

Earlier this month, Secretary of State Mike Pompeo accused the "corrupt" ICC of going after America and "our friends and allies in Israel and elsewhere," stressing that Washington was "determined to prevent" this from happening. On Thursday, Israel's Channel 13 reported that Tel Aviv and Washington had coordinated their actions to sanction the ICC. The ICC has a separate Israel investigation dedicated to alleged Israel crimes committed in "occupied Palestinian territory, including East Jerusalem, since June 13, 2014." The Palestinian Authority formally joined the ICC in April 2015.