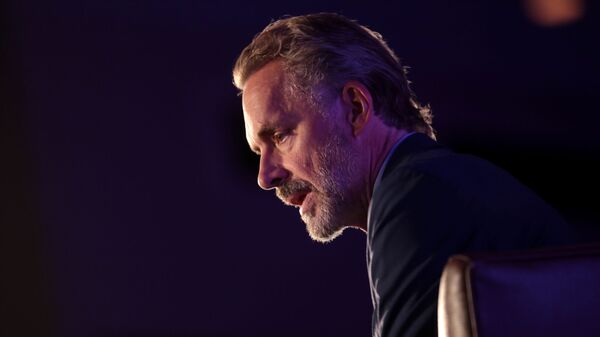 Canadian psychologist Jordan Peterson, whom many consider a life guru, encountered severe difficulties over the past year. His wife was diagnosed with terminal cancer and he developed a physical addiction to the prescription drug benzodiazepine; the illness nearly cost him his life, according to his daughter Mikhaila.

Jordan Peterson, author of the bestselling ’12 Rules for Life’, turned 58 on Friday and his fans, friends and close ones could not miss a chance to share some sweet birthday messages with the professor, craving for his return to public life and lecturing. Jordan Peterson’s daughter Mikhaila, however, not only published a touching post celebrating her dad’s birthday a but also shared a snap featuring her sitting alongside her famous father.

“I know the last year has been the most difficult year of your life. I also know that you’re going to take the next year by storm,” Mikhaila captioned the post.

“The future is full of opportunity and hope and I’m so fortunate to be able to be there with you to experience it. Thank you for everything you’ve taught me - particularly to not feel sorry for yourself”, the outspoken promoter of the 'Lion Diet' wrote.

The two were captured while sitting in a cosy restaurant setting, but as expected, no birthday cake was spotted on the pic. Instead, Peterson’s plate featured a piece of beef with a lit candle on it. The psychologist and his daughter are known for sticking to a strict only-meat diet due to autoimmune problems that have severely complicated their lives in the past.

Jordan Peterson soon shared his daughter’s message with his 1.4 million followers on Instagram and Mikhaila rushed to comment that the post was “some evidence” that her father was not “trapped” in her “basement in Russia”.

“Or whatever conspiracy theory is going on still”, Mikhaila mockingly wrote.

The joke came in light of Jordan Peterson’s trip to Russia several months ago, where he was recovering from physical addiction to the psychoactive drug benzodiazepine, the medication he was prescribed to deal with anxiety caused by a severe autoimmune response to food. The doze of the drug was increased when Peterson’s wife Tammy Roberts was diagnosed with terminal cancer, but it only produced a reverse effect, causing the professor “unbearable discomfort” and even made him “suicidal”, according to Mikhaila.

The psychologist has now been back to North America and many of his fans were looking forward to his return to teaching and lecturing, as well anticipating his upcoming follow-up book “Beyond Order: 12 More Rules for Life”.

“We love you, Jordan Peterson! Always praying for you and your family, and grateful for the incredible work you do”, one of the follower’s commented on Jordan’s and Mikhaila’s joint photo.

“We need him now more than ever”, another one wrote, with many adding that the public speaker was “sorely missed” right now.

Your father @jordanbpeterson is one of the most rational and inspirational men in the world right now and he is sorely missed.
I hope knowing that millions of people world wide are wishing him well gives him some courage to get better soon.

Jordan Peterson, the psychology professor at the University of Toronto, made headlines with his YouTube videos several years ago after criticising Canadian legislation prescribing the use of gender-neutral pronouns in relation to people who do not strictly identify with binary categories. Many criticised Peterson’s position at that time, but it also generated a strong wave of supporters, gathering thousands of people for his public lectures worldwide.