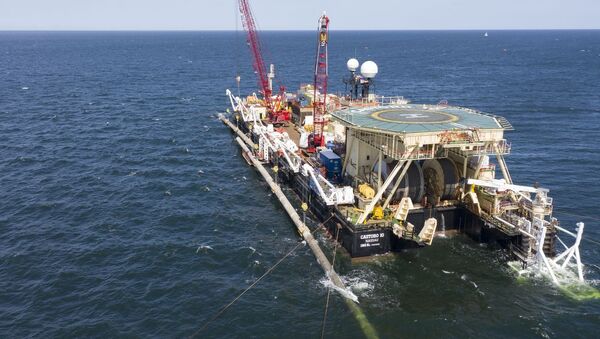 © Photo : Nord stream-2
Subscribe
The Frankfurter Allgemeine Zeitung reported on 12 June citing an internal ministry document that Germany's Ministry for Economic Affairs and Energy was concerned lest new US sanctions proposed by lawmakers against the Nord Stream 2 gas pipeline project impact not only German and European companies, but federal agencies as well.

German Economy Minister Peter Altmaier has issued a warning over the legality of mulled new US sanctions targeting the Nord Stream 2 gas pipeline between Russia and Germany, while underscoring that the move might impair cooperation, reported Bloomberg.

Altmaier, a senior ally of Angela Merkel, did not explicitly mention a proposal put forward on 4 June by a bipartisan group of US senators to expand existing sanctions against the project, but underscored that the German Chancellor’s government adheres to its opposition to moves that could be detrimental to German and European companies.

“The German government has long had the view that sanctions with extraterritorial effects are in conflict with international law and that they’re not a contribution to advancing international cooperation. This position hasn’t changed,” Altmaier was quoted as saying in Berlin on 12 June.

US to Target More Companies Linked to Nord Stream 2

Altmaier was asked by reporters to comment on a recent Frankfurter Allgemeine Zeitung report, citing an internal memo from The Federal Ministry for Economic Affairs and Energy, stating that German authorities were concerned new US sanctions could affect “administrative activities of state agencies” tied to the Nord Stream 2 project.

The report had claimed that the extended sanctions might target service providers for inspections, tests and certifications required to operate the pipeline.

“It would be a novelty for sanctions to target authorities of (friendly) governments,” or the government itself, FAZ had stated, referring to the document, adding that it was expected “the new sanctions proposals will make significantly more German and European companies targets.”

“There is bipartisan and bicameral consensus that Russia's Nord Stream 2 pipeline poses a critical threat to America's national security and must not be completed," said US Republican Senator Ted Cruz, who introduced the bill with Senator Jeanne Shaheen, Democrat-New Hampshire, and three other Republican senators.

Nevertheless, Russian President Vladimir Putin has said the pipeline could be launched by late 2020 or early next year, as two Russian-owned pipe-laying vessels may now complete the remaining 100 miles (160 km) of the project, which is led by state-run Gazprom. 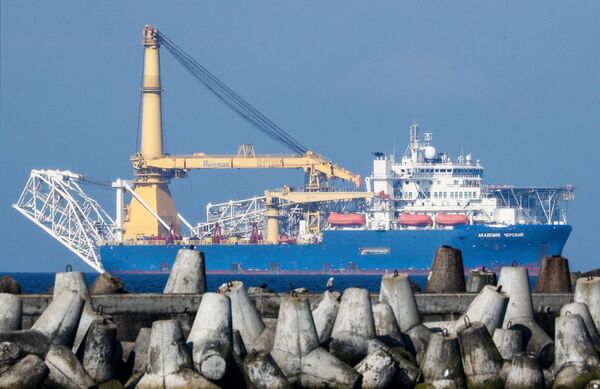 At the end of May Russia indicated it regards any sanctions against Nord Stream 2 project as unfair competition and a violation of international law.

Upon completion, Nord Stream 2 pipeline is scheduled to carry up to 1.942 trillion cubic feet of gas per year from Russia to Germany through the territorial waters or exclusive economic zones of Denmark, Finland, Germany, Russia, and Sweden. 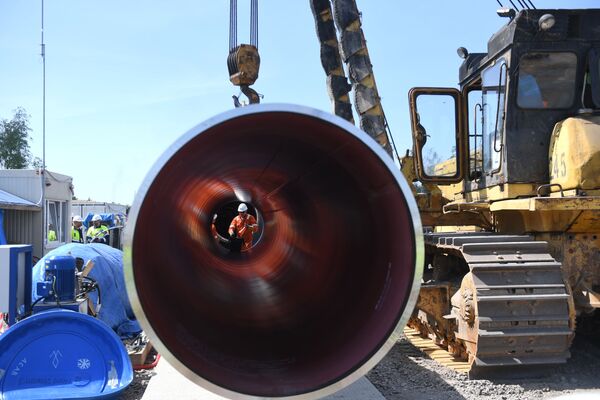 Washington has long opposed the project, claiming it would grant Russia political leverage over Europe.

A key member of the project, Germany has been adamant that Nord Stream 2 is purely economic in nature.