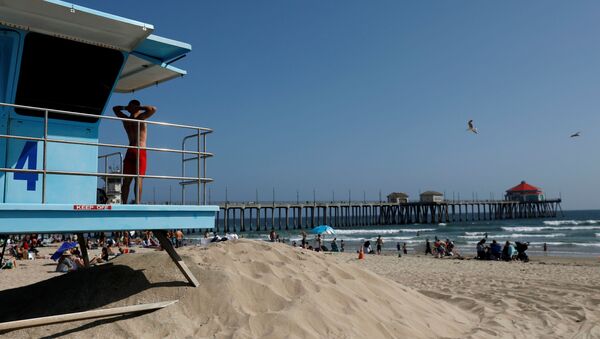 Oleoresin capsicum is the substance used in the pepper spray used by US police forces. In its most pure form it can be extracted and put into food, causing vomiting and seizures.

Detectives in California are trying to find out why a 38-year-old man poisoned the food of several homeless people and they think the answer could lie in a warped sense of entertainment.

The man was arrested for poisoning at least eight homeless people in Huntington Beach, south of Los Angeles, and filming them as they threw up, struggled to breathe and suffered seizures.

​Orange County District Attorney Todd Spitzer said on Thursday, 11 June: "These human beings were preyed upon because they are vulnerable. They were exploited and poisoned as part of a twisted form of entertainment, and their pain was recorded so that it could be relived by their attacker over and over again."

The Mayor of Huntington Beach, Lyn Semeta, said: “The cruel nature of these crimes shocks the conscience of our community. I am proud of the persistence of our detectives.”

On 22 May several of the victims had to be taken to hospital and it was discovered that they had been tricked into eating food laced with oleoresin capsicum, which was “twice as strong as the pepper spray used by police."

William Cable, who had reportedly filmed their suffering, was charged on Thursday with multiple felonies. He faces up to 19 years in jail if convicted.

Oleoresin capsicum is An active ingredient in tear gas and pepper spray and is also found in many spicy foods like you were saying that you don’t find enjoyable anymore. So that could be easily be explained by a psychological aversion

​Cable reportedly offered the homeless people beer and challenged them to take part in a “spicy food challenge”.

He has also been charged with eight misdemeanor counts of contributing to the delinquency of a minor and consuming alcohol or smoking marijuana while driving.

Huntington Beach is a wealthy suburb of Los Angeles and in the past residents of Orange County have taken steps to try to make the area more hostile for homeless people.