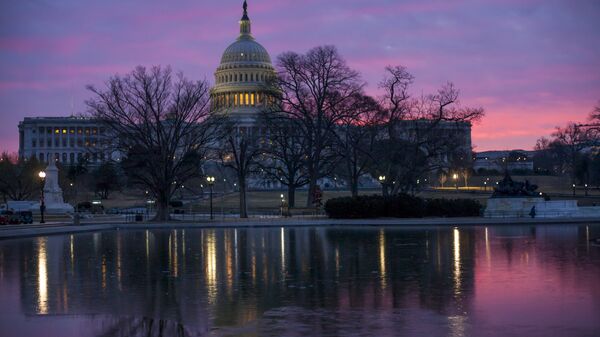 WASHINGTON (Sputnik) - The Senate Armed Services Committee has approved a requirement that the Pentagon change the racist and Confederate names of US military installations, a summary of the new National Defence Appropriations Act (NDAA) proposed legislation said on Thursday.

"[The bill requires] establishing a commission to study and provide recommendations concerning the removal, names, symbols, displays, monuments, and paraphernalia that honour or commemorate the Confederate States of America, addressing an implementation plan, cost, and criteria for renaming, among other procedures", the committee said in its summary.

The measure won the support of the Republican-majority committee, despite the fact that President Donald Trump on Wednesday said he would "never" agree to change the names of Confederate bases.

The proposed legislation will also win the backing of a bipartisan majority in the full Senate, Democratic Senator Richard Blumenthal said in a Twitter message on Thursday.

​The measure was proposed as an amendment to the NDAA by Senator Elizabeth Warren.