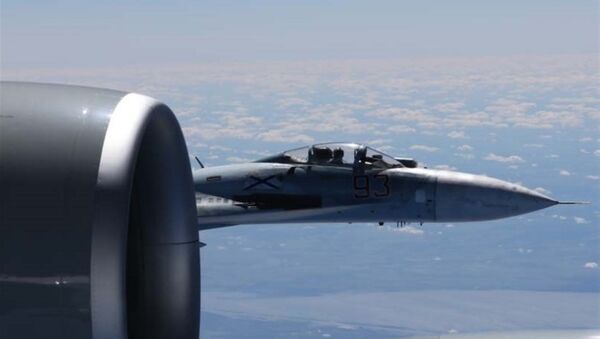 A weekly infographic published by the outlet showed that Russian fighter jets had been scrambled four times to intercept foreign jets.

Within this period of time, Russia has also spotted four unmanned aerial vehicles, which were carrying out reconnaissance missions near the Russian borders.

No violations of Russia's airspace have been reported.

The United States and NATO countries often send aircraft and drones to perform reconnaissance activities along Russia's borders in the Baltic, in the Black Sea off Crimea and Krasnodar. Russian air defence forces regularly monitor, target, and track hundreds of NATO aircraft operating close to the border, and occasionally scramble fighter jets to escort foreign military aircraft away from Russian airspace.