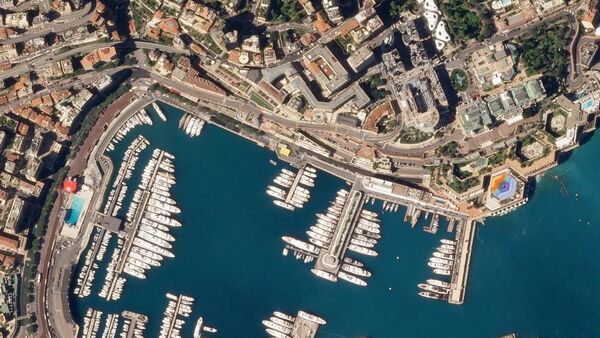 Planet Labs Inc. has announced plans to use a cloud-based dashboard and accompanying application programming interface (API), which will allow users “to task the firm’s growing SkySat constellation”, SpaceNews reports.

Planet Labs Inc. a private San Francisco-based Earth imaging company that daily monitors our planet for changes and pinpoint trends with the help of miniature satellites.

Apart from designing the new API and dashboard, the company is lowering the orbits of some of its larger, high-resolution satellites amid plans to launch at least a half-dozen more such devices in the immediate future.

Jim Thomason, Planet vice president of imagery products, told SpaceNews on Tuesday that the new project’s goal is to provide government and commercial customers with easier access to high-resolution imagery of locations at different times throughout the day and “a better sense of activity on the ground”.

He echoed a previous Planet statement that “instead of spending precious time going back and forth with a human [representative], with the tasking dashboard and API, customers can autonomously submit, modify, and cancel SkySat imagery requests” thanks to the new project.

This will enable “visibility into the end-to-end experience, from order to fulfillment, so expectations can be managed with analysts and teams”, the statement pointed out.

Instead of redesigning its satellites, Planet Labs lowered SkySats from an altitude of 500 kilometres to 450 kilometres, also improving the resolution of orthorectified imagery from 80 centimetres to 50 centimetres per pixel.

“This improvement enables customers to get a more precise view of changing conditions on the ground and adds more granular context to decision-making. This is particularly important for commercial and government mapping use cases, where seeing smaller features like road surface markings are key”, the company underlined.

Bloomberg, for its part, touted Planet’s new project by reporting that the company “has built what amounts to a real-time accounting system of the earth that just about anyone can access by paying a fee”.

In this vein, the news outlet referred to a Planet-made image of the “Black Lives Matter” mural which was painted on two blocks of asphalt near the White House amid the ongoing protests across the US, which were sparked by the 25 May death of African American man George Floyd at the hands of a white police officer.