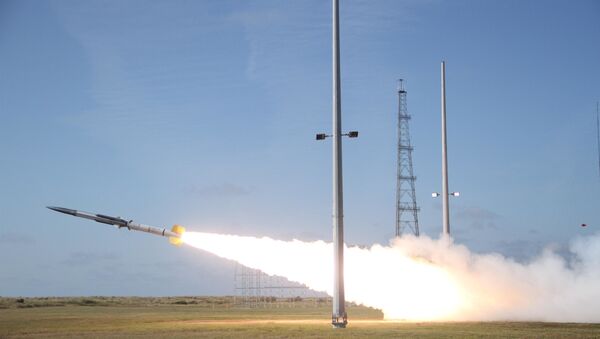 A US plan to build new missile sites on the Japanese island of Okinawa has encountered stiff resistance by locals, including the governor, who was elected on a position of getting US forces out of the prefecture.

In the event of a war with China, land-based missiles placed on Okinawa would provide a major leverage point for US forces. However, with the island already a major target due to several large US military installations, Okinawans are fed up with the idea of bringing in even more targets for China’s People’s Liberation Army (PLA).

"I firmly oppose the idea," Okinawa Governor Denny Tamaki told the Los Angeles Times for a Wednesday story. "If there is such a plan, I can easily imagine fierce opposition from Okinawa residents."

"Intermediate-range ballistic missiles can be used to attack other countries, so deploying them would conflict with the Constitution and lead to a further build-up of the US bases," Tamaki told Bloomberg News last November. "To have new military facilities would be absolutely unacceptable."

The Straits-Times noted last November that similar opposition is just as likely from other US allies, such as Australia and South Korea, which would then become targets in the event of a shooting war between Washington and Beijing. Similar fears quelled early Cold War enthusiasm in Canberra for a nuclear weapons program, too.

Last October, the Okinawan daily Ryukyu Shimpo reportedly uncovered evidence the US government had informed the Russian government in August 2019 of its intent to base missiles violating the shredded Intermediate-Range Nuclear Forces (INF) Treaty in Okinawa within two years. The US formally withdrew from the treaty, which governed the ranges of land-based missiles used by Russia and the US, just days earlier.

Never having been bound by the INF Treaty, the PLA has spent decades building up its Rocket Force into a formidably armed corps, wielding a variety of long-range cruise missiles and ballistic missiles and even hypersonic weapons, which the US has yet to field.

Sitting just 500 miles from Shanghai and 400 miles from the Zhejiang coast, Okinawa-based missiles would find much of mainland China within striking distance. However, the Ryukyu Islands would almost certainly fall under heavy attack by the PLA during a prospective war with US allies, as the archipelago falls within the “First Island Chain,” or the first string of islands sitting just off the east Asian coast. Beijing’s long-term strategic plans call for forcing its adversaries increasingly away from the Asian mainland, beginning with the First Island Chain, which stretches from Russia’s Kamchatka Peninsula south to Borneo, in Indonesia.

​Likewise, the US Marine Corps is busy reenvisioning the way it wages war, including a pivot from the heavy land-based forces of the last several decades toward a more maritime role.

Commandant of the US Marine Corps Gen. David Berger told Congressional lawmakers in March that the Corps would be expanding its missile capabilities twentyfold in the next five years, as well as introducing the Navy Marine Expeditionary Ship Interdiction System (NMESIS), which is based on the High Mobility Artillery Rocket System (HIMARS) but mounted atop a Joint Light Tactical Vehicle chassis. The weapons system will be able to fire a variety of anti-air and anti-ship missiles.

The purpose of these weapons can be found in Expeditionary Advance Base Ops (EABO), in which Marines will rush forward to set up small outposts on scattered islands that would house batteries of long-range anti-ship and anti-air missiles, creating a “no-go zone” for Chinese air and sea forces. A graphic illustrating the concept by the Center for Strategic and Budgetary Assessments think tank happens to show EABOs deployed across the Ryukyuan chain. 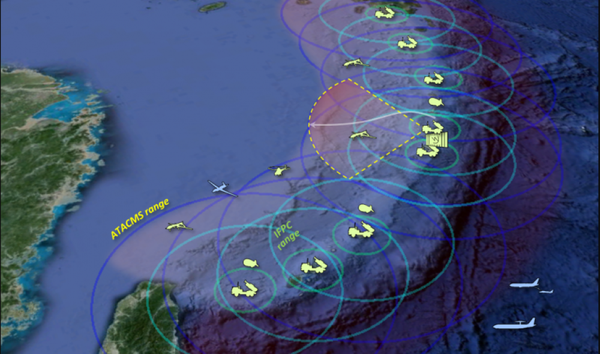 Widespread Japanese Opposition to US Missiles

US plans for deploying weapons previously banned by the INF Treaty elsewhere in Japan have met strong resistance as well. An Aegis Ashore system that was to have been built in the western city of Akita was canceled last month amid heavy opposition from locals. Another site, on the western coast of Yamaguchi Prefecture, also met opposition, but so far plans for its construction remain unchanged.

Tokyo approved their construction to provide anti-missile defense against potential attack from the Democratic People’s Republic of Korea (DPRK), but with the US out of the INF Treaty, the Aegis Ashore systems can easily be converted to fire offensive weapons, as the site in Deveselu, Romania, has already demonstrated. 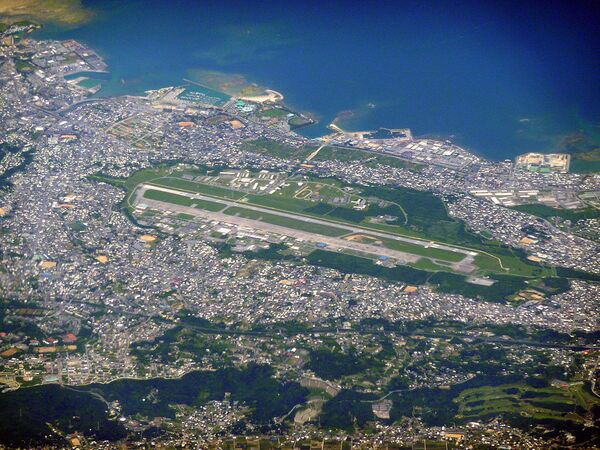 Okinawans have also fought the continued presence of several US military bases on the island, which was stormed by US forces in the closing months of World War II in a furious battle that killed nearly half the island’s population of 300,000 at the time. US Marine Corps Air Station Futenma sits in the middle of Ginowan City, and Tamaki was elected to the governorship on a campaign to get the base removed from the prefecture. Just four miles north of Futenma is another air base, the US Air Force’s colossal Kadena Air Force Base; between the two installations are half of the 50,000 US service members deployed in all of Japan.

In a February 2019 referendum, 70% of Okinawans voted against a US-Japanese plan to relocate Futenma on the island, but Japanese Prime Minister Shinzo Abe insisted Tokyo “cannot avoid the necessity of moving Futenma,” and land reclamation for the new site, on the coast of rural Henoko to the north, has continued.