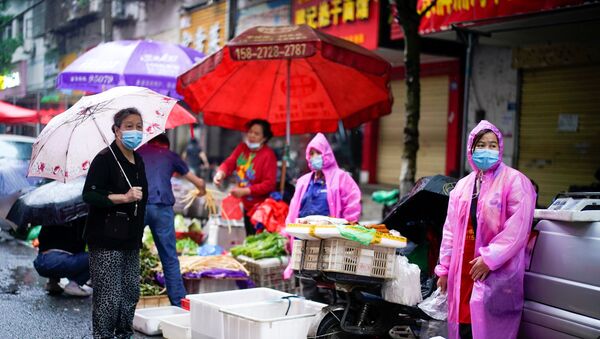 A new Harvard Medical School study, based on commercial satellite data, suggests that the COVID-19 coronavirus may have been spreading in central China as early as late summer 2019, long before the outbreak was publicly reported in the world in December.

“Something was happening in October,” Brownstein added. “Clearly, there was some level of social disruption taking place well before what was previously identified as the start of the novel coronavirus pandemic.”

Chinese officials did not formally alert the World Health Organization about COVID-19 until December 31, 2019, and ABC News previously reported, citing anonymous US government sources, that US intelligence officials warned the Pentagon about the problem in November 2019, though the Pentagon denied it received such a briefing.

However, Brownstein did acknowledge that although the study’s findings are suggestive, they are not conclusive.

“What we're trying to do is look at the activity, how busy a hospital is,” Brownstein said. “And the way we do that is by counting the cars that are at that hospital. Parking lots will get full as a hospital gets busy. So more cars in a hospital, the hospital's busier, likely because something's happening in the community, an infection is growing and people have to see a doctor. So you see the increases in the hospital business through the cars … We saw this across multiple institutions.”

David Perlin, chief science officer at the Center for Discovery and Innovation in New Jersey, also pointed out that the study may not have considered enough data, which could have skewed its results.

“I think some of the methods are questionable and their interpretation is slightly over-interpreted,” Perlin told ABC News. “The problem is we only have a subset of data here. I always worry when people start drawing inferences from data subsets, cherry-picking data [like the internet searches]. It’s suggestive."

The researchers, however, say that they tried to take into account any other factors that may explain traffic surges, such as new construction at the hospitals or large public gatherings. However, the increase in cars was still statistically significant.

“If you look at all of the images, observations we've ever had of all of these locations since 2018, almost all of the highest car counts are all in the September through December 2019 time frame,” Tom Diamond, who was also involved with the research, told ABC News.

The latest data by Worldometer reveals that the novel coronavirus has infected more than 7.2 million people and killed more than 411,000 globally.