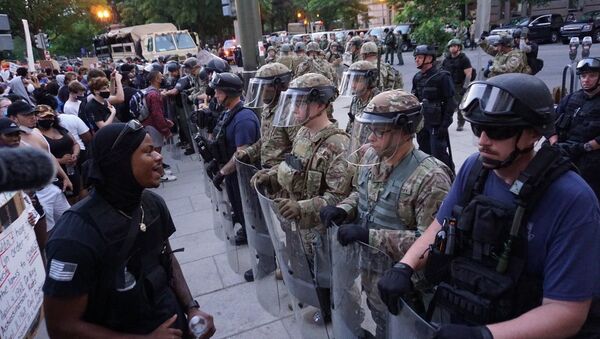 After being deployed to police tens of thousands of protesters in Washington, DC, for more than a week, the city’s National Guard garrison has registered cases of COVID-19. The guardsmen rarely wore masks during their patrols.

An unknown number of DC National Guard (DCNG) soldiers have tested positive for the novel coronavirus, a consequence of failing to wear masks during a week of activation to suppress ongoing anti-police brutality protests that have rocked the nation’s capital since late May.

“We can confirm that we have had COVID-19 positive tests with the DCNG,” DC National Guard spokesperson Air Force Lt. Col. Brooke Davis told McClatchy DC on Tuesday. “The safety and security of our personnel is always a concern, especially in light of the COVID-19 era.”

The District’s entire 1,300-soldier garrison was deployed to the city’s streets on June 1 after riots and mass protests that repeatedly sent the White House into lockdown. That same day, US President Donald Trump announced he was deploying another 1,500 guardsmen from other US states to DC, and threatened to send active-duty US troops into states that refused to activate their guards to deal with the mass protests.

Photos from the protests showed that few soldiers wore the proper personal protective equipment necessary to stem the spread of the coronavirus, such as face masks. However, many did wear clear-plastic riot visors that cover the face. By contrast, a much larger percentage of the demonstrators did wear masks. However, neither group maintained the 6-foot social distancing advised by US medical authorities. 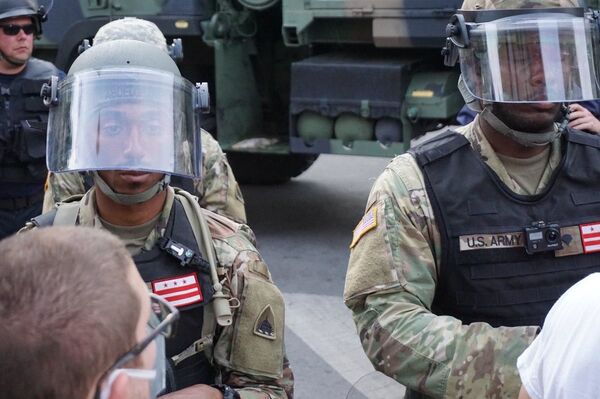 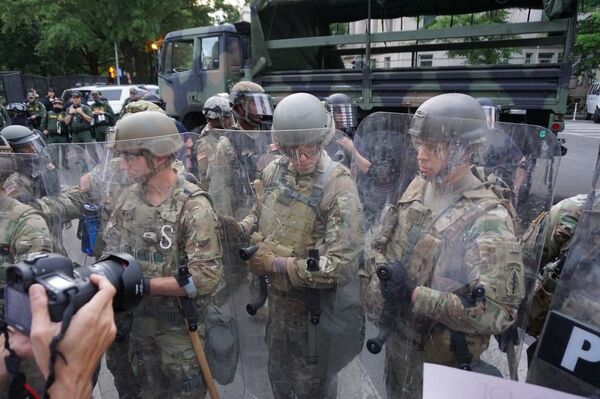 The presence of thousands of armed troops on the capital city’s streets prompted mass outrage from protesters, the public and the DC government. After protests remained mostly peaceful for the rest of the week, Trump ordered mobilized guard units back to their own states.

While the last of them will have left the capital city by Wednesday, Davis noted that any guards who tested positive for COVID-19 would be held back until the sickness had passed.

“All Guardsmen who are suspected to be at high risk of infection or have tested positive for COVID-19 during demobilization will not be released from Title 32 orders until risk of infection or illness has passed,” Davis said, adding that “members of the Air and Army National Guard with no, or low risk of exposure, who present symptoms of infection one to 14 days after release from orders will contact their unit.”

In another incident involving the city’s guardsmen, several military helicopters were flown below roof-level on the night of June 1, hovering just 50 feet above the heads of protesters, who were thrown down by the aircraft’s rotor wash. On Friday, the DCNG announced the pilots of one of the helicopters, a UH-72 Lakota medevac chopper, had been grounded during a pending investigation.