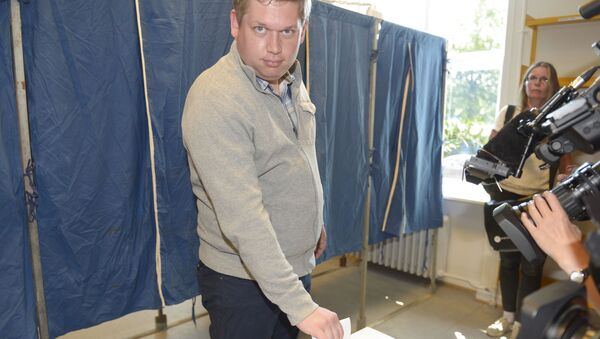 A Middle Eastern man drew a knife on Rasmus Paludan, the leader of the Danish party Hard Line, during an attempted Quran-burning on Constitution Day.

Rasmus Paludan, the leader of the Danish anti-immigration party Hard Line, has been exposed to what he himself calls an assassination attempt.

A 52-year-old immigrant man tried to attack Paludan with a knife, the police confirmed.

The attack happened in connection with Paludan attempting to burn the Quran during a Hard Line demonstration at Poet Park in Aarhus on Constitution Day. Quran-burning is a staple of Hard Line, which sees it as a celebration of freedom of speech.

The police surrounded the perpetrator and then shot him in the leg. Following the attack, Paludan was evacuated by the police.

According to the East Jutland Police, the incident was also accompanied by stone throwing by masked persons.

"A Muslim attempted to kill me", Paludan said in a YouTube clip. Witnesses said the man shouted "Allahu Akbar" before charging.

​"He was very angry with me. That's why I put on my bulletproof vest, and then I told him that if he wanted to talk, things were going well. But he didn't, and he told me to shut up", Paludan related the incident to the newspaper BT.

In the words of Paludan, he claimed that the Prophet Muhammad was a paedophile who had sex with a nine-year-old girl, following which the 52-year-old pulled out his knife and tried to attack him.

According to Berlingske, the perpetrator was from the Middle East. Paludan also described him as "speaking broken Danish".

"Of course, I feared for my life when a madman ran me with a knife. I was damn scared", Paludan told the newspaper. "I ran away. I don't want to be killed".

Hard Line (Stram Kurs), self-labelled "ethno-nationalist utilitarian" and "identitarian libertarian" is a Danish party that was founded in 2017 by Rasmus Paludan and barely missed the threshold in the 2019 parliamentary election. The party seeks to stop all non-Western immigration and restore the country's ethnic homogeneity via mass deportations and a ban on Islam.