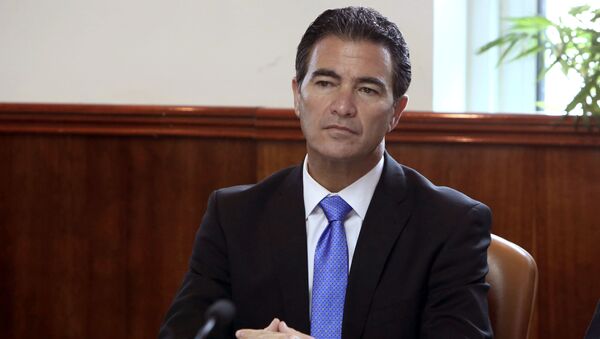 © AP Photo / Gali Tibbon
Subscribe
The Israeli intelligence service chief has recently received high praise from the Netanyahu government over his agency’s clandestine operations to procure medical equipment abroad for the fight against the coronavirus pandemic, with the prime minister calling Mossad’s work “extraordinary” and suggesting that “the results speak for themselves.”

Speaking to Israel’s Yediot Aharonot newspaper, Tzur suggested that Cohen has a combination of the two most necessary qualities for the job.

“In order to reach a leadership position in Israel, you need two qualities: charm and cruelty. Without the combination of both, you cannot be elected,” Tzur said.

“Yossi Cohen – I don’t know if he is doing it, because I don’t know him – but he’s built in such a way that his abilities to be charming are spoken of extensively, and in his abilities to be cruel, he overpowers all other candidates. And when he concludes his service [as Mossad chief], and if he doesn’t have things that will get in his way, he’ll be a very serious candidate,” the political advisor suggested.

Tzur did not point to specific instances of Cohen acting in a “charming” or “cruel” way. It is known that in addition to his duties at Mossad, the official regularly makes clandestine diplomatic trips to neighbouring countries for talks, most recently traveling to Egypt to discuss the potential response to Israel’s plans to ‘apply sovereignty’ to large chunks of the West Bank. Before that, he traveled to Qatar, a nation with which Israel does not have formal relations.

Cohen has been head of Mossad since 2013. His tenure has seen fewer alleged Israeli attempts to assassinate Iranian nuclear scientists, but at the same time has shown active Mossad participation in the Netanyahu government’s efforts to lobby US President Donald Trump to withdraw from the Iran nuclear deal. Mossad under Cohen has also stepped up operations to assassinate Hamas and Hezbollah officials and militants abroad. In August 2018, Mossad was suspected of being behind the killing of Aziz Asbar, one of Syria’s top rocket scientists. In October 2019, Cohen bragged that Mossad’s “liquidators” could kill Iranian Quds Force Commander Qasem Soleimani if he made a “mistake” that threatened Israel. Soleimani’s convoy was struck by a US drone in January 2020. A week after the assassination, US media reported that Israel had helped confirm information on Soleimani’s whereabouts.