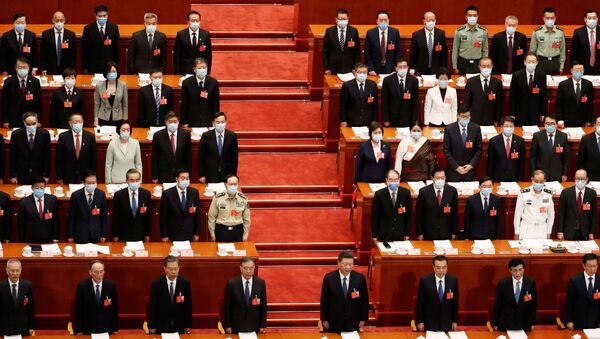 Svetlana Ekimenko
All materialsWrite to the author
In late May China’s government announced it would not be setting an annual growth target for the first time since 2002, highlighting the uncertain outlook for the economy amid the fallout from the COVID-19 pandemic.

Amid the continuing devastating effects of the COVID-19 lockdowns stalling global economy growth, exports of the world's second-biggest economy, China, sharply contracted in May, reported Reuters.

The Overseas shipments for the month dropped 3.3 percent from a year earlier, after a 3.5 percent gain in April, according to customs data on Sunday. An earlier Reuters poll had forecast a 7 percent drop.

Exports posted better gains than anticipated, yet imports nosedived 16.7 percent compared with 2019. The decline is seen as the sharpest since January 2016.

"Exports benefited from the ASEAN (Association of Southeast Asian Nations) market and exchange rate depreciation, while imports were affected by insufficient domestic demand and commodity price declines," Wang Jun, chief economist of Zhongyuan Bank, was cited by Reuters as acknowledging.

The current figure is the highest since the poll started tracking the series in 1981.

Calculations based on customs data showed that China's trade surplus with the US had widened to $27.89 billion in May.

Although China has been dominating exports of medical supplies, with the country’s General Administration of Customs saying in a statement in early May that from 1 March to 30 April it had exported medical supplies valued at about 71.2 billion yuan, including 27.8 billion face masks and 130 million protective suits, analysts claim exporters nonetheless faced “strong headwinds”, such as unsold stock and cancelled orders from abroad. 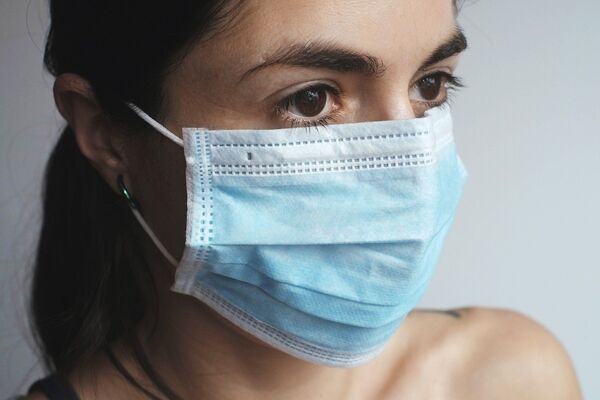 In the first half of May, China shipped 63.2 billion yuan of medical supplies, according to Reuters calculations from customs data.

"Even though the export performance exceeded expectations, the difficulties faced by traditional trade enterprises should not be ignored," said chief economist at Zhonghai Shengrong Capital Management, Zhang Yi.

Looking to the future, the analyst suggested exports would chiefly be seeing negative growth, within -10 percent.

“Imports are subject to greater uncertainty, depending on the recovery of domestic market demand and the implementation of the Phase 1 agreement between China and the United States,” said Zhang Yi.

Previously, a government work report from Premier Li Keqiang at the National People's Congress in China announced that Beijing will not set a numerical target for its gross domestic product for 2020, for the first time in years, after the economy shrank 6.8 percent in the first quarter from a year earlier. 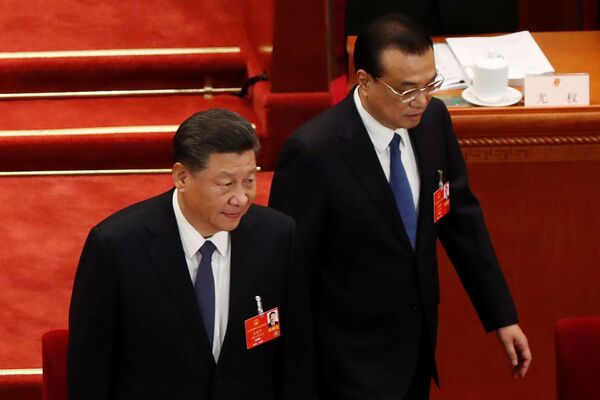 Chinese President Xi Jinping and Premier Li Keqiang arrive at the opening session of the National People's Congress (NPC) at the Great Hall of the People in Beijing, China May 22, 2020
© REUTERS / CARLOS GARCIA RAWLINS

"We do not set the specific GDP target mainly due to the global pandemic and big uncertainties about the economy and trade. China is facing unpredictable factors in its development", Li said in his report.

The decision was said to be primarily motivated by the uncertainty created by the coronavirus pandemic.

A central government budget deficit target of 3.6 percent of GDP was set for 2020, up from 2.8 percent last year, taking into consideration the need to deal with the aftermath of the COVID-19 crisis.