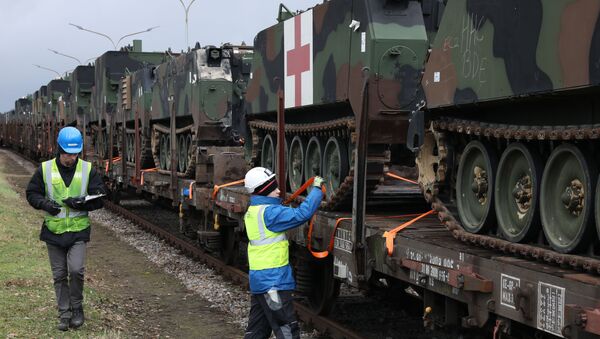 Earlier, US President Donald Trump directed the US Department of Defence to remove 9,500 troops from Germany by September.

Polish Prime Minister Mateusz Morawiecki said that he hoped that some of the US military forces that are set to be removed from Germany will be reallocated to Poland.

“I deeply hope that as a result of the many talks that we had … part of the troops based today in Germany which are being removed by the United States … will indeed come to Poland,” Morawiecki told RMF24. “The decision is now on the US side.”

On 5 June, Trump directed a reduction of American forces in Germany by 9,500 from the 34,500 currently deployed in the country.

The move had been under consideration in the Trump administration since last September, and has nothing to do with German Chancellor Angela Merkel's decision not to attend the G-7 meeting that Trump was planning to host in the United States this month, according to the Wall Street Journal.