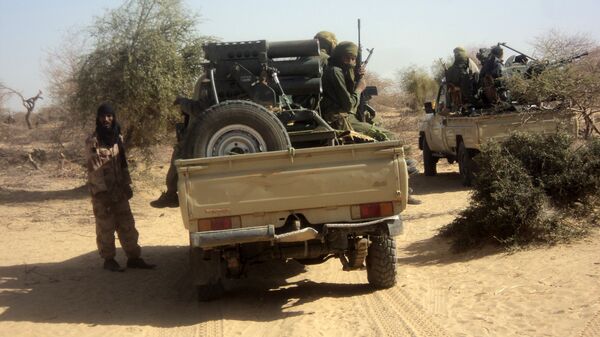 French Defense Minister Florence Parly announced on Friday that Abdelmalek Droukdel, the commander of al-Qaeda North Africa, had been killed by French forces in northern Mali.

"On June 3, the French armed forces, with the support of their partners, neutralized the emir of Al-Qaida in the Islamic Maghreb (AQMI), Abdelmalek Droukdal and several of his close collaborators, during an operation in northern Mali," Parly said in a French statement on Twitter.

According to L'Alsace, Droukdel claimed responsibility for several deadly terrorist attacks, including an attack against the UN headquarters in Algiers in 2007 that killed 62 people. The BBC noted he may be responsible for introducing suicide bombing to Algeria.

France has deployed more than 5,000 soldiers to western Africa, where several countries that were once colonies of Paris have become embroiled in an irregular war against terrorist groups including al-Qaeda and Daesh, which have both established franchise groups in the region.