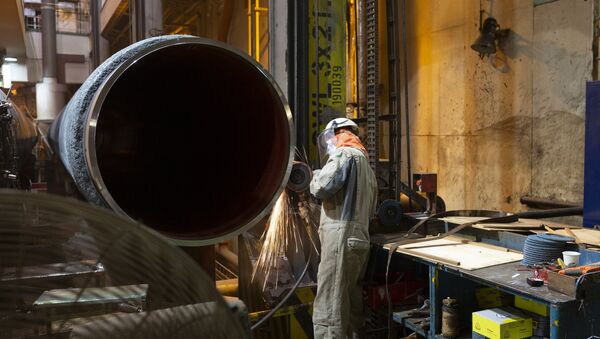 Earlier this week, Bloomberg reported that the Trump administration plans to expand sanctions against the project.

“US Senators Ted Cruz, Jeanne Shaheen and John Barrasso, members of the Senate Foreign Relations Committee, joined by Tom Cotton and Ron Johnson, today introduced legislation clarifying and expanding the sanctions of their bipartisan bill, the Protecting Europe’s Energy Security Act, to block the Nord Stream 2 pipeline’s completion,” the release said. “The new legislation clarifies that US sanctions related to Nord Stream 2 apply to vessels engaged in all pipe laying activities, as well as to those who facilitate providing those vessels, as well as to those who provide insurance, port facilities, or tethering services for those vessels, and ultimately to any company that provides certification for the Nord Stream 2 pipeline to begin operations."

On Wednesday, Bloomberg reported, citing a draft of the legislation, that the Trump administration was going to expand sanctions against the project.

The Nord Stream 2 pipeline is scheduled to carry up to 1.942 trillion cubic feet of gas per year from Russia to Germany through the territorial waters or exclusive economic zones of Denmark, Finland, Germany, Russia, and Sweden. The United States has long opposed the project, saying that by completing it Moscow would increase its political leverage over Europe. Germany, one of the key members of the project, has repeatedly said that the reasons behind constructing Nord Stream 2 are purely economic.

In 2019, Russia said that US sanctions would not derail the implementation of the Nord Stream 2 project. Moscow has repeatedly said that it views Washington’s sanctions as a manifestation of unfair competition and noted that such actions violate international law.