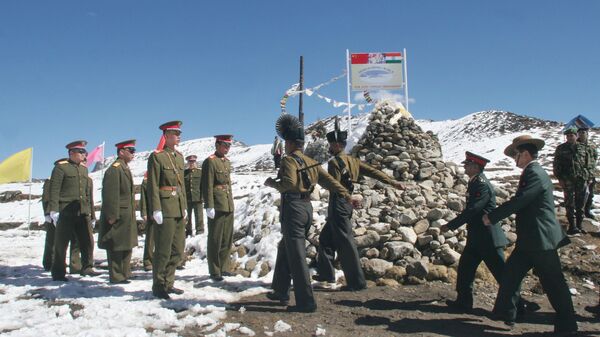 Rishikesh Kumar
All materialsWrite to the author
New Delhi (Sputnik): Indian and Chinese troops have engaged in a stand-off for weeks at three or four locations along the 4,057 km Line of Actual Control. Both the sides have accused each other of breaching the loosely-demarcated border in the remote, snowy deserts of India's Ladakh region.

Colonel (Ret.) S. Dinny, who served as the commanding officer of the Pangong Tso battalion as late as 2017, spoke to Sputnik about the ongoing stand-off in eastern Ladakh and why it keeps happening in the region every year. The Colonel also refuted the claim made by the Indian media about the presence of thousands of People’s Liberation Army troops inside Indian territory.

Sputnik:  Many think that People's Liberation Army troops crossed the Indian side of the border in large numbers. Could you please elaborate upon the topography and where the current stand-off is going on?

Colonel Dinny: For understanding of the topography, different parts of lake are marked as finger 1 to finger 8. India claims that the Line of Actual Control passes near finger 8 while China claims that its side of boundary stretches to finger 4. So between finger 4 and finger 8,  troops from both sides conduct patrols on a regular basis. 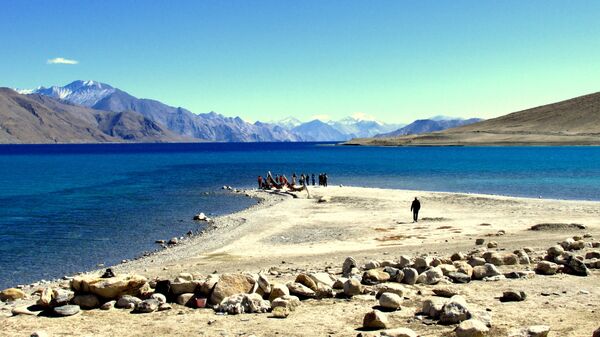 However, a “large number” does not mean that thousands of troops trespassed the Chinese perception of LAC i.e. finger 4, west of which the Indian post lies. This could be some troops, which are definitely more than those present in a normal situation.

Sputnik: Can 5,000-10,000 troops come to the area where the dispute is taking place, as the Indian media is claiming?

Colonel Dinny: It is impossible. China made the all-weather road between their base at Sirijap and finger 4 (the Chinese perception of the Line of Actual Control) during Kargil war in 1999, when there were lesser troops present. But from finger 4 to the Indian base, the terrain is so difficult that only a single person can move on the track at a time, forget any vehicle. So, definitely the ongoing stand-off is on the track which the Chinese built between finger 4 and finger 8. Any movement in the common area is observed by the two sides 24/7 and any movement from their side can be reciprocated in the same number by India as well.

Rudimentary, but self explanatory ?
Feel free to use if you need it ! #PangongTso #IndiaChinaFaceOff pic.twitter.com/HCkzdJ4Dyq

​Sputnik: Is there a possibility that Chinese troops may build permanent infrastructure as claimed by some satellite imagery experts and change the status quo between F-4 and F-8?

Indian Army Rubbishes Viral Video of 'Violent Clashes' With Chinese Troops in Ladakh
Colonel Dinny: We are not very sure as of now. There are dozens of places where there is differing perception of the Line of Actual Control. China knows that if they try to change the status quo in the Galwan valley or Pangong Tso, India can also retaliate in similar manner in different places. So, I think this current stand-off at Pangong Tso is somewhat similar to the past skirmishes where troops from two sides would embroil in a fight while crossing each other somewhere between F-4 and F-8 during patrolling. Sometimes they don’t let the other side complete the patrolling by halting them at the crossing point  or before finger 8 for India while finger 4 for Chinese troops; which lead to skirmishes. However, the escalation is definitely much higher than before.

Sputnik: You commanded the Indian side in the contested region. Is the current stand-off still localised or has it really flared-up at a larger level?

Colonel Dinny: Yes, I still believe that this stand-off is localised. The two sides patrol the contested region on an almost daily basis but physical fights rarely happen. There are 5 to 6 times out of 100 patrols when there is an altercation and out of those, only one or two incidents get flared up like this.

And with the wisdom of local commanders, we have sorted out the problems in the past and I hope that this will also be ended on 6 June, when the military commanders of the two sides will meet.

Coupling a few maps together along with current events this hybrid visual hopes to explain what those two lines you see on google maps really are & how the play out with the ongoing #indiachinastandoff pic.twitter.com/ST7x5uNRrq

Sputnik: Does infrastructure development aggravate the Chinese concerns in the area?

China Objects to India’s Ongoing Wargames in Northeastern Arunachal Pradesh - Report
Colonel Dinny: Yes, you can say that, as India has expedited the infrastructure build-up over many years. Now almost every post has some kind of connectivity and all-weather roads have also been constructed. So this leads to frequent contact with Chinese troops in many areas while carrying out patrolling along the Line of Actual Control. And like in Pangong Tso, there are several areas along the border where there are two perceptions of the line  of Actual Control.

Sputnik: What could be a permanent solution to the stand-off, that has been taking place for years, in this region?

Colonel Dinny: Presently there is no map that demarcates the boundary between the two nations. If we can reach an agreement that clearly establishes the LAC, then we can patrol peacefully up to the LAC. But, at the current moment, it seems impossible, as China does not want to solve the border issue. China would like to keep India engaged with border issues.

Sputnik: Can the LAC in this region demilitarise? Is this possible to keep an eye on no man's land (F-4 to F-8) through technology and have no physical movement?

Colonel Dinny: There is a possibility to keep an eye on border using technology, drones or aircraft, but first we have to establish the boundary. Right now, the troops of the two sides patrol according to their perception. There is no pillar or anything that can establish the border.