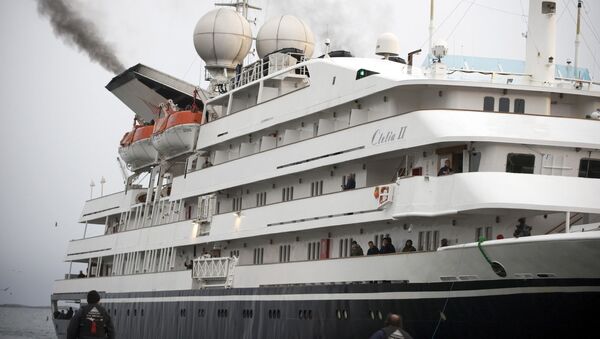 © AP Photo / Alejandro Madril
Subscribe
Mohamed Elmaazi
All materialsWrite to the author
Policy makers may be 'significantly underestimating' the prevalence of COVID-19 on cruise ships, according to the authors behind a report which examined all the passengers and crew on an isolated vessel, in what may be the first study of its kind.

81 per cent of passengers and crew who tested positive for the coronavirus disease 2019 (COVID-19) showed no symptoms of the illness, according to a new peer-reviewed study published in Thorax, a specialist publication from the British Medical Journal. The ship, whose identity has been withheld in order to safeguard patient confidentiality, travelled from Argentina with plans to sail round parts of the Antarctic Peninsula and retrace the route taken by early-19th century British explorer Ernest Shackleton.

However, the voyage was cancelled into the third day of the trip due to newly announced COVID-related international border controls. The vessel found itself unable to return to Argentina and was forced to make its way to Uruguay. 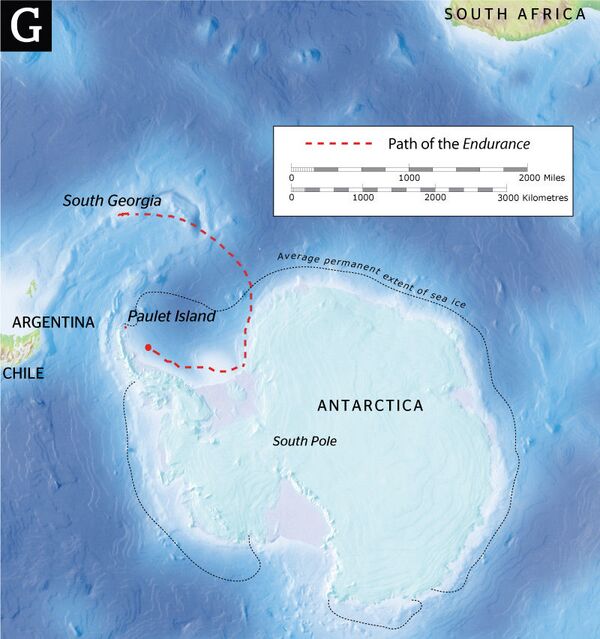 Australian co-authors of the study, expedition physician Dr Jeffery Green and professor of respiratory medicine Alvin Ing, explained the the significance of their findings.

Sputnik: According to your study over 80 percent of the 227 passengers and crew who tested positive for COVID-19 had no symptoms of the illness.

What, if anything, new has been discovered about COVID-19 and how will your findings assist governments and medical experts in tackling the virus?

Dr Jeffery Green: Some passengers had minor Upper Respiratory Tract Infection symptoms which they didn't report but Governments will need to take that mostly Covid spreads on symptom free patients and not wait for symptoms, it also illustrates the ineffectiveness of Temperature as a mass screening tool

Professor Alvin Ing: Yes, agreed. To give the correct statistics 128 tested positive (59 percent), of those 24 had symptoms including the 8 that were evacuated. 104 (81 percent) did not report symptoms

Sputnik: How statistically significant is a sample size which involves 227 people and what kind of study needs to be done to conclusively determine the percentage of any given population with COVID-19 who will be asymptomatic?.

Professor Alvin Ing: The ship's population is not reflective of the general population as it is an isolated environment with passengers and crew living in close proximity. However it does highlight that the percentage of asymptomatic Covid positive subjects may be a lot higher than previously thought. The true incidence in a general population will be unknown unless there is widespread testing and not just purely based on symptoms.

Dr Jeffery Green: All passengers were taken to Government isolation.

Professor Alvin Ing: This paper only addresses the passengers until disembarkation in Montevideo. We are doing a follow up study to address these questions. I can say however of the 90 Australian passengers who were monitored in Melbourne during mandatory isolation for two weeks after arriving back in Australia, is that none required hospitalisation, with one passenger only taken from the plane to hospital for six days.

Professor Alvin Ing: Rapid antibody tests are unreliable and unvalidated. Current serological tests for IgA/M/G are by the more conventional methods of immunoflourescence or virus neutralisation which are much better validated.

These are the Covid antibodies, IgM looks at recent infection and IgG looks more at past infection. The immunoflouresence and virus neutralisation are laboratory methods to test these antibodies and are much more reliable than the rapid tests.

Proper validated reverse transcriptase polymerase chain reaction (RT-PCR) was subsequently done on all subjects [to confirm whether they had the virus or not].

Sputnik: What are the researchers/you calling for now as a result of this study, should the findings result in policy changes?

Professor Alvin Ing: We feel that all returning travellers symptomatic or not should be monitored after arrival. In Australia and New Zealand this is achieved with a mandated 14 day isolation. Community testing should also be much broader if there is such a high percentage of asymptomatic covid positive individuals.

000000
Popular comments
bullshit , but beware of the type of wireless on carnival

minoan
4 June 2020, 18:33 GMT
000000
"Policy makers may be 'significantly underestimating' the prevalence of COVID-19 on cruise ships" --- Does it also indicate that the coronavirus is highly infectious but does not often lead to serious conditions among some groups? But the virus proves highly deadly among others? All assuming that we are dealing with the same variant strain of the Wuhan virus. Some say that the European strain is much more virulent than the Asian one (nobody knows what's happening in China), or that Asians had been exposed to similar but weaker coronaviruses for some time before the new and improved Wuhan virus was released or leaked, accidentally or on purposes. Was Caucasians targeted this time around?
iamanyam
4 June 2020, 19:35 GMT
000000
Newsfeed
0
New firstOld first
loader
LIVE
Заголовок открываемого материала
Access to the chat has been blocked for violating the rules . You will be able to participate again through:∞. If you do not agree with the blocking, please use the feedback form
The discussion is closed. You can participate in the discussion within 24 hours after the publication of the article.
To participate in the discussion
log in or register
loader
Chats
Заголовок открываемого материала
Worldwide
InternationalEnglishEnglishMundoEspañolSpanish
Europe
DeutschlandDeutschGermanFranceFrançaisFrenchΕλλάδαΕλληνικάGreekItaliaItalianoItalianČeská republikaČeštinaCzechPolskaPolskiPolishСрбиjаСрпскиSerbianLatvijaLatviešuLatvianLietuvaLietuviųLithuanianMoldovaMoldoveneascăMoldavianБеларусьБеларускiBelarusian
Transcaucasia
ԱրմենիաՀայերենArmenianАҧсныАҧсышәалаAbkhazХуссар ИрыстонИронауОssetianსაქართველოქართულიGeorgianAzərbaycanАzərbaycancaAzerbaijani
Middle East
Sputnik عربيArabicArabicTürkiyeTürkçeTurkishSputnik ایرانPersianPersianSputnik افغانستانDariDari
Central Asia
ҚазақстанҚазақ тіліKazakhКыргызстанКыргызчаKyrgyzOʻzbekistonЎзбекчаUzbekТоҷикистонТоҷикӣTajik
East & Southeast Asia
Việt NamTiếng ViệtVietnamese日本日本語Japanese中国中文Chinese
South America
BrasilPortuguêsPortuguese
NewsfeedBreaking
19:01 GMTPiers Morgan Compares Joe Biden to Kim Jong-un in Column Bashing White House's Approach to Media
18:59 GMTPhotos of Ghislaine Maxwell Rubbing Jeffrey Epstein's Feet, Kissing Him Released by US Prosecutors
18:48 GMTJapanese F-35A Makes Emergency Landing During Routine Training Flight - Video
18:23 GMTPutin: Sanctions Under Pretext of US Security Attempt to Contain Russia's Development
18:03 GMTTucker Carlson Warns of Danger of ‘Hot War’ Between US and Russia Over Ukraine
18:02 GMTTrudeau: Canada Will Not Send Diplomatic Representation to China Olympics
17:56 GMT'A Verbal Agreement With Premier League Club? All False': Mancini Dismisses Man United Job Links
17:48 GMTBiden’s Empty Warning Over Putin’s Straw Man ‘Invasion’
17:42 GMTUS Reportedly Becomes Major Destination for UK's Post-Brexit Financial Services Exports
17:41 GMTIndia’s Congress Unveils 'Manifesto for Women' to Woo Voters in Uttar Pradesh
17:31 GMTInitial Sketch Found Beneath Rembrandt's 'Night Watch' - Photo
17:22 GMTIMF: Metals Demand From Clean-Energy Transition Threaten to Top Global Supply
17:16 GMTElon Musk Brands CEO 'Made Up Title,' Explains Why He Became Tesla's 'Technoking'
17:13 GMTIndian Farmers Agree to Call Off Year-Long Protest after Government Promises to Meet Demands
17:03 GMTUS Jobs Quitting Rate in October Down From Record Highs, Labour Department Says
16:40 GMTUS Targets Individuals in Kosovo, El Salvador, Serbia in New Global Magnitsky Sanctions
16:17 GMTBiden Announces Plans for NATO-Russia Meeting to Discuss Moscow's Concerns
16:03 GMTUK Government Spox Stratton Resigns Over No.10 Lockdown Christmas Party Video
15:44 GMTSeven UN Peacekeepers Killed in Explosion in Mali
15:32 GMTOpening Statements: Trial of Ex-Cop Kim Potter Who Killed Black Man Daunte Wright