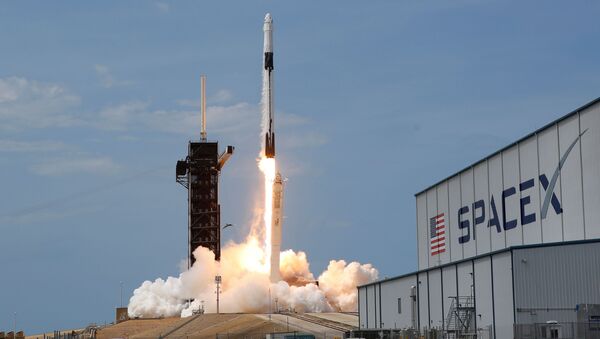 © REUTERS / Joe Skipper
Subscribe
In the first crewed extraterrestrial mission from the US in nine years after NASA retired the shuttle fleet in 2011, a Falcon 9 rocket, carrying the Crew Dragon 2 reusable spacecraft, blasted off to the International Space Station (ISS) and successfully docked with it on 31 May.

Billionaire Elon Musk’s company SpaceX incorporated Russian parts in its Crew Dragon ship, according to an expert in the field of domestic space exploration, Vadim Lukashevich.

The expert stated that the capsule docked to the International Space Station (ISS) through an International Docking Adapter (IDA) adapter, developed by RSC Energia of Russia’s state-owned corporation Roscosmos, a manufacturer of ballistic missile, spacecraft and space station components.

Earlier, Boeing ordered from Russia three IDA flight models and four elements for testing the main structure from Russia. Subsequently, flight models were retrofitted with a number of elements in the United States and transferred to SpaceX for installation on Crew Dragon.

German newspaper Der Tagesspiegel previously indicated that Elon Musk had borrowed from the Russians the concept of separate delivery of people and goods into space. 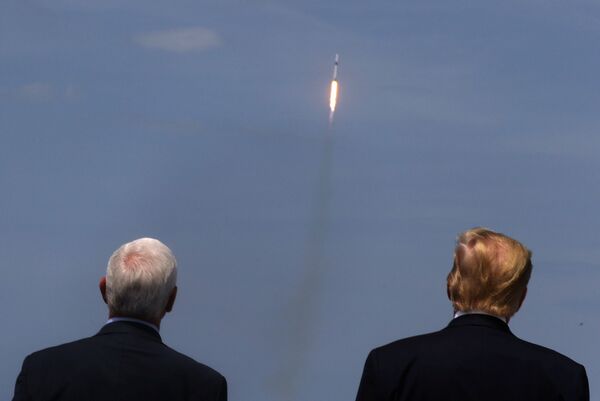 The publication noted that Russia from the outset had opted for separate launches of space "trucks" and manned spacecraft.

A SpaceX Falcon 9 rocket carrying the company’s Crew Dragon spacecraft lifted off from Launch Complex 39A at NASA’s Kennedy Space Center in Florida on 30 May 2020, carrying NASA astronauts Robert Behnken and Douglas Hurley to the International Space Station (ISS).

On Sunday the capsule successfully docked with the ISS, according to a broadcast on the NASA website. 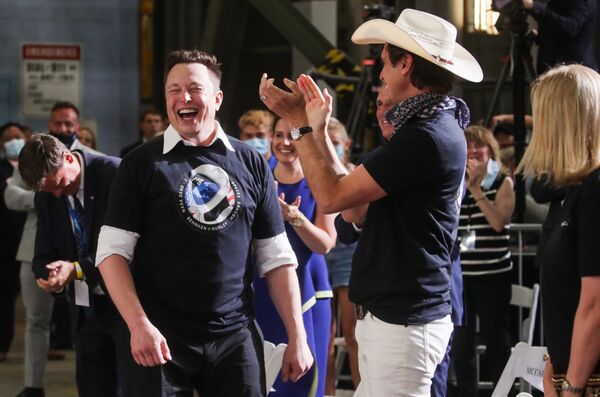 Elon Musk's brother Kimbal Musk applauds to him at a briefing after the launch of a SpaceX Falcon 9 rocket and Crew Dragon spacecraft on NASA's SpaceX Demo-2 mission to the International Space Station from NASA's Kennedy Space Center in Cape Canaveral, Florida, U.S. May 30, 2020.
© REUTERS / JONATHAN ERNST

The original docking was expected to take place on 28 May but was postponed less than 20 minutes before the craft's scheduled departure due to there being too much electricity in the atmosphere.

The launch was the first crewed extraterrestrial mission from the United States since NASA retired the shuttle fleet in 2011, subsequently relying on Russian spacecraft to ferry missions to the ISS.