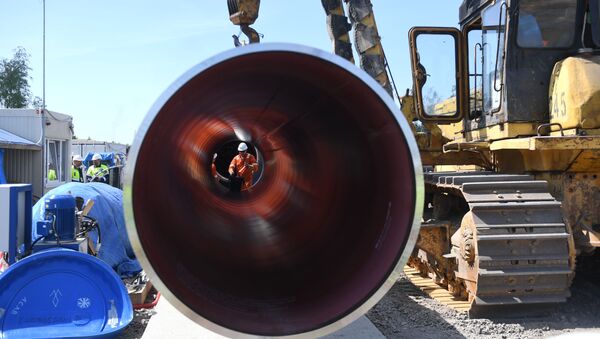 Oleg Burunov
All materialsWrite to the author
In August 2016, Poland’s Office of Competition and Consumer Protection blocked the Nord Stream 2 gas pipeline project, explaining that its decision was due to an alleged threat of the country's anti-trust laws being violated.

Tomasz Chrostny, president of the Polish Office of Competition and Consumer Protection (UOKiK) has initiated proceedings against Russian energy giant Gazprom for its “failure” to provide documents pertaining to the UOKiK’s probe into the Nord Stream 2 gas pipeline project.

Chrostny said that in light of this, “the [Russian] company is liable for a financial penalty of up to 50 million euros", irrespective of “any consequences that may arise from proceedings”, according to the UOKiK’s website. Gazprom has not commented on the matter yet.

UOKiK requested the documents in early February, with Jens D. Mueller, spokesman for the Nord Stream 2 AG operator, insisting at the time that the requests were irrelevant to the construction of the pipeline.

In November 2019, Poland’s antitrust authority fined the French company Engie, which is participating in the project, for failing to provide similar documentation, which resulted in a 40.3-million-euro penalty. 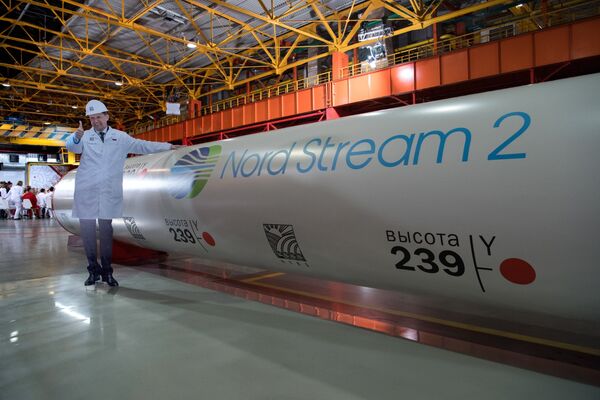 This came after UOKiK announced the start of its investigation against the investors in Nord Stream 2 in May 2018, accusing the companies of breaching the UOKiK’s previous ban on the construction of the pipeline. Poland has repeatedly voiced its opposition to the project, which has also been repeatedly denounced and threatened with sanctions by the United States.

The UOKiK ban dates back to 2016, when it blocked the Nord Stream 2 project, citing an alleged threat that Poland’s anti-trust laws were being violated.

The move followed Gazprom and five of its partners, France's Engie, Austria's OMV, the UK-Dutch company Royal Dutch Shell, as well as Germany's Uniper and Wintershall, submitting an application to the UOKiK, asking it to grant permission for a joint venture. Although Nord Stream 2 does not run through Poland’s economic zone, its permission was necessary due to EU legal issues. Despite the UOKiK ban, the companies proceeded with the project, which is operated by Nord Stream 2 AG, a subsidiary of Gazprom.

Earlier this year, Russian President Vladimir Putin said at a joint press conference with German Chancellor Angela Merkel that Russia could complete Nord Stream 2 on its own and that the only issue in this regard was timing.

The statement was preceded by Washington slapping sanctions against the project to target any company or individual involved in providing services on the pipeline, and threatening to revoke their American visas and freeze their financial assets in the US.

When completed, the Nord Stream 2 pipeline will be capable of transiting up to 55 billion cubic metres of gas per year from Russia to Germany, thereby doubling the capacity of the existing Nord Stream network, and turning Germany into a gas hub.

000000
Popular comments
Poland should receive 0 m³ Russian gas. And Russia should import for 0 $ of Polish goods. And both will live happily after.

md74
3 June 2020, 16:29 GMT6
000000
Both Poland and the Ukraine are only interested in profiting from a project that doesn't impact the., They should spend their limited funds on domestic issues in their own countries and stop the contniued suits to try and force money from Russia that they don't deserve.