India Demands Punishment for Pakistan for Alleged Support of Terrorism 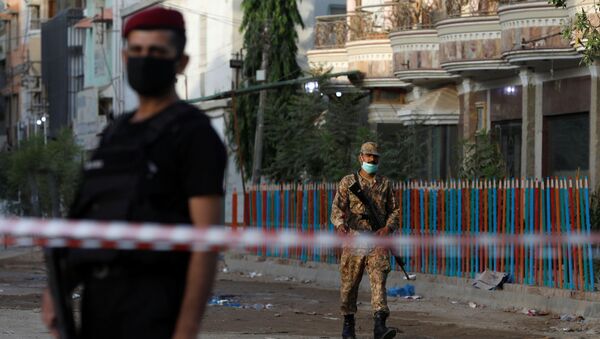 NEW DELHI (Sputnik) - The Indian Foreign Ministry argued on Tuesday that its criticism of Pakistan's alleged support for militant groups operating in Afghanistan has been corroborated by a recent UN report on Afghan security.

The UN Security Council’s Analytical Support and Sanctions Monitoring Team has published the 11th report on the Taliban* and other insurgent groups threatening the Afghan peace, which said that up to 6,500 Pakistani fighters were involved in the Afghan conflict.

"Pakistan has failed in fulfilling its international obligations ... to put an end to support to terrorism emanating from territories under its control. The international community should hold Pakistan accountable," Foreign Ministry Spokesman Anurag Shrivastava said.

Shrivastava added that the report "vindicates" India's view of Pakistan as "the epicenter of international terrorism".

The UN team found that Pakistan-based Jaish-i-Mohammed and Lashkar-e-Tayyiba militants helped traffic trainers and advisers to Afghanistan, but the publication did not say they enjoyed state support.

It also said that the Taliban's* close ties with Al-Qaeda** and the Haqqani Network remained a significant challenge for implementing the US-Taliban peace deal.