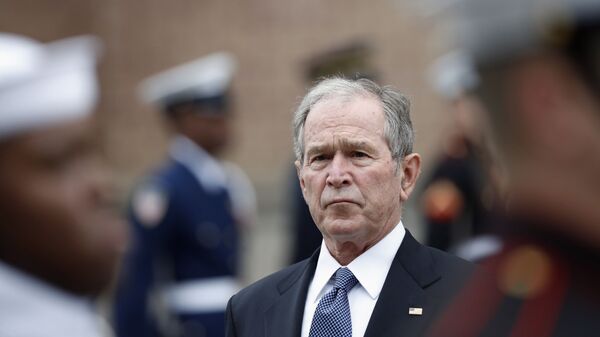 Former US President George W. Bush on Tuesday released a statement saying it's "time for America to examine our tragic failures."

"Laura and I are anguished by the brutal suffocation of George Floyd and disturbed by the injustice and fear that suffocate our country. ... this is not the time for us to lecture. It is time for us to listen," Bush said in the statement.

"It is time to examine our tragic failures - and as we do, we will see some of our redeeming strengths," Bush added.

"It remains a shocking failure that many African Americans, especially young African American men, are harassed and threatened in their own country ... the only way to see ourselves in a true light is to listen to the voices of so many who are hurting and grieving. Those who set out to silence those voices do not understand the meaning of America - or how it becomes a better place," the statement continues.

Bush's statement comes one day after US President Donald Trump on Monday evening vowed to deploy the US military to states that don't use the National Guard in sufficient numbers to “dominate” the streets as protests against police brutality rage across the country.

The protests, which have descended into clashes with police, were stirred by the brutal police killing of unarmed African-American man George Floyd on May 25 in Minneapolis, Minnesota. One of the police officers involved in the incident, Derek Chauvin, placed his knees on Floyd's neck and back and held him down for nearly nine minutes, despite the man pleading for air, until he died.