COVID-19: ‘There's a Good Chance That Child Sexual Abuse at Home Will Go Down’, Academic Says 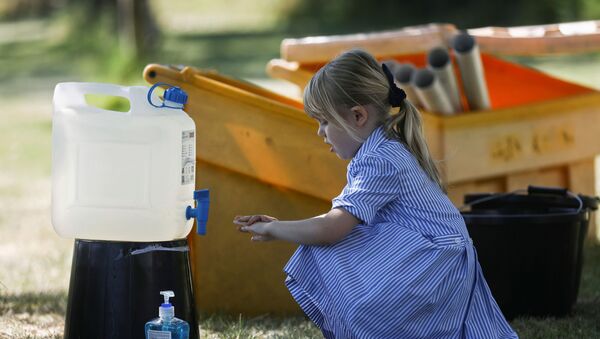 A former UK Home Secretary, Sajid Javid, looking at what effect the coronavirus lockdown has had on child abuse, warned that the ongoing coronavirus pandemic has created a "perfect storm" for vulnerable children forced into isolation with their abusers.

Dr Bernard Gallagher, a reader in Applied Social Sciences at the University of Huddersfield, offered his opinion in an interview with Sputnik on ways in which the COVID-19 lockdown could affect vulnerable children.

Sputnik: What effect has the coronavirus and the closure of schools had on at-risk and vulnerable children?

Bernard: No one knows for sure what effect it's had, but not surprisingly there are worries that the closure of schools and children being at home more, they might experience more abuse at home, and if they do then there's less chance of that abuse being detected, because [they are] not going to school where school staff might pick up some of the signs.

Sputnik: Will the reopening of schools be beneficial to protect vulnerable children?

Bernard: No, not necessarily. There are fears that what's happening to children when they've been at home, but I think the situation is much more complicated than that, and I think people have lost sight of those complications. So, for example, as a result of the lockdown, and in particular parents not working or not working so hard, it may be the parents are more relaxed and in actual fact they're better able to care for their children.

I think the third issue is that a minority, but a substantial minority, of children experience bullying at schools, and, with schools being closed, they won't be experiencing that bullying. In more extreme cases, sometimes there is abuse at schools or indeed other organisations like youth clubs, and again, because all of those are closed, that doesn't mean greater safety for children.

Sputnik: If we do see an increase in cases of child abuse, post-virus, will we see greater efforts from authorities and society to protect children from abuse? For example; we will see greater attention paid to the welfare of children outside of school hours and on weekends?

Bernard: I don't think we will. It's very difficult to tell and predict the future. There are two issues here. One, I think when the pandemic begins to subside much more, I think a lot of the issues around at the moment will be forgotten, and I think the second issue I would mention is that a lot of agencies involved in child protection, social services, police, health and education are really struggling at the moment to cope with the problem of child abuse. They're also struggling in a context where the government is continually reducing the resources available to these agencies to do their work, including their work around child protection. So, I don't think we're going to learn the lessons of the pandemic.