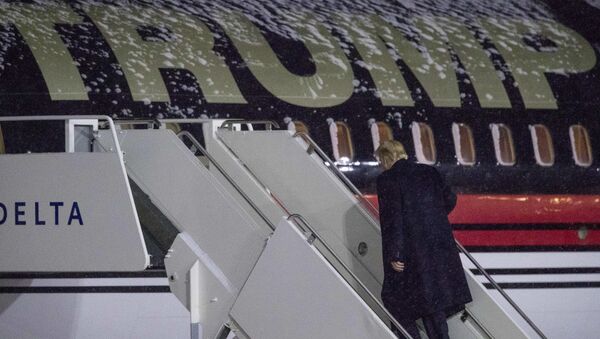 Tim Korso
All materialsWrite to the author
While it's broadly considered that a POTUS evacuation could only be caused by an extraordinary event, the truth is more complex. American presidents can whisk themselves to the secret bunker in the absence of a direct threat, or refuse to do so even if there is a perceived threat to their welfare.

News of US President Donald Trump retreating to a fortified bunker in the White House basement, known as the Presidential Emergency Operations Centre or PEOC, made media headlines on 1 June amid speculation that ongoing riots over the killing of African American George Floyd might have something to do with it.

BREAKING: US President evacuated: NBC news confirms @realDonaldTrump was taken by secret service to underground bunker at White House- same bunker that was used for former VP Cheney during 9/11. There for a “very short period”.

When Presidents Get Evacuated and When They Stay

The White House has not commented on multiple reports of Trump's visit to the PEOC so there is no telling if it took place and if it did, then why. There is little information on when protocols for evacuating a president are put into effect, beyond the threat of nuclear war or an attack on US soil.

The latter, however, does not guarantee that the president will follow procedure. In his book "Raven Rock", devoted to US government contingency plans in the event of a nuclear war with the USSR, journalist Garrett Graff revealed that US President Harry Truman refused to follow one such protocol despite reports of an apparent threat to him, which later proved to be false. Truman chose instead to continue working in the Oval Office.

A similar story happened with US President Jimmy Carter, Graff wrote in his book. The president reflected on the contingency plans in his diary after a drill in 1977, indicating that he intended to stay at the White House "to administer the affairs of government" even if a contingency protocol was activated. 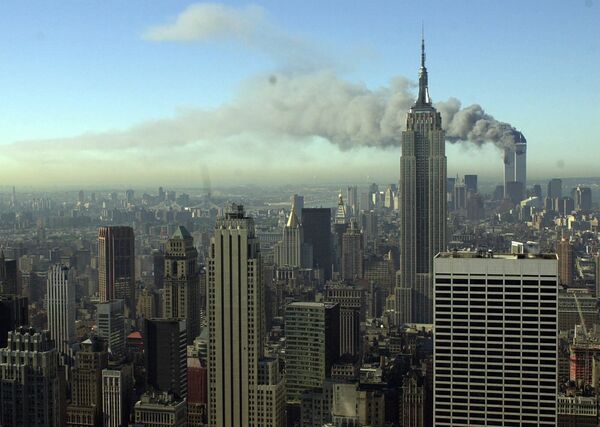 Plumes of smoke pour from the World Trade Center buildings in New York Tuesday, Sept. 11, 2001. Planes crashed into the upper floors of both World Trade Center towers minutes apart Tuesday in a horrific scene of explosions and fires that left gaping holes in the 110-story buildings
© AP Photo / Patrick Sison

Another known reason to evacuate a US president is a major terrorist attack or the threat of one. US President George W. Bush was rushed out of an event in a Florida school soon after the attack on the World Trade Centre took place on 11 September as one of the jets, hijacked by al-Qaeda* terrorists, was reported to be heading toward Washington and possibly the White House.

There are also more mundane reasons to visit the PEOC. For example, public records from 2012 indicate that White House officials went through drills several times per year to train for contingency protocols. It is unclear whether Trump's reported visit to the PEOC was a drill or those same protocols in action.

How Are US Presidents Evacuated?

In a situation where a perceived danger to POTUS exists, a president has several options. The White House hosts the PEOC, a reinforced bunker capable of harbouring top government officials, while maintaining communication with the outside world. The bunker contains reserves of food and water, and reportedly can be accessed from almost any part of the White House via a system of tunnels. 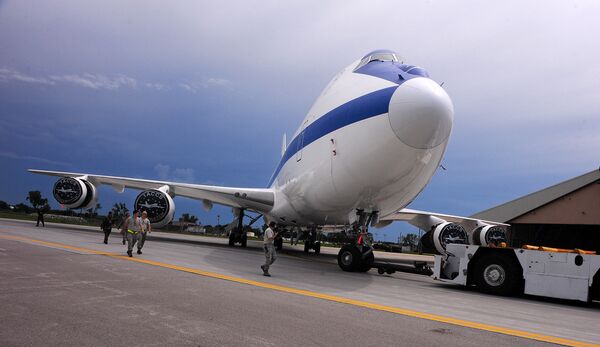 If a president is not safe at the White House or is simply not there, they would be escorted by the shortest possible distance to the E-4B National Airborne Operations Centre - a Boeing E-4 Nightwatch plane capable of withstanding exposure to radiation, and staying in the air for days to allow the Executive Branch to continue functioning.

There are only a limited number of Boeing E-4 Nightwatch aircraft in the US and they are not used for day-to-day travel to keep them operational and reliable. In case an E-4 is too far away, a president boards Air Force One, a Boeing VC-25, as was the case with Bush on 11 September 2001. POTUS might then either reach the nearest E-4 or instead land in a secure location on the ground, known as a Presidential Emergency Facility (PEF).

Where Are They Taken?

Information about presidential retreats is for the most part classified. According to conflicting estimates, there could be between 9 and 75 such PEFs in the US capable of hosting US leadership and military brass, allowing them to operate even in a nuclear war.

According to the accounts of Bill Gulley, a former Marine who worked for the White House Military Office, PEFs are manned and operated around the clock on a daily basis. Another serviceman, Alex R. Larzelere, who visited one such site, said it was a massive underground bunker skillfully concealed in a forest to look like a generic half-abandoned hut.

000000
Popular comments
whatever excuse is written, it is and remains a cowardice thing to do. Not worthy of a true leader.