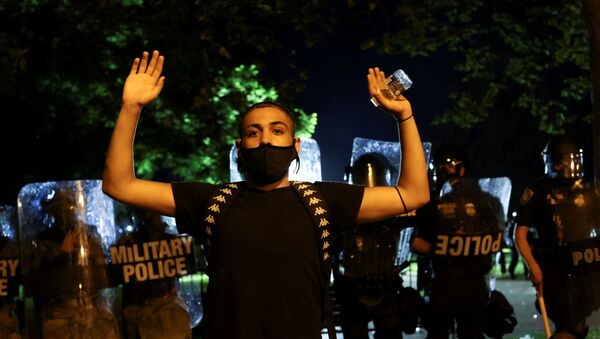 WASHINGTON (Sputnik) - A two-day curfew has been imposed in the Washington, DC starting on Monday evening after protests regarding the death of African American George Floyd in police custody turned violent, Mayor Muriel Bowser told reporters.

"Tonight’s curfew will begin at 7:00 p.m. and will run for two days," Bowser said during a press briefing.

The day before, the authorities of Atlanta and Chicago stated that they would extend night curfews to stem rioting that broke out after the in-custody death of George Floyd.

Multiple cities across the US have seen the sixth night of protests sparked by Floyd's death at the hands of a police officer in the city of Minneapolis. Thousands defied curfews, smashing windows, looting stores, and burning cars.

Fifth Night of Fire & Fury: Curfews Imposed, National Guard Called in as Riots Rage on Across US
Protests over the death of 46-year-old black man George Floyd that first began in Minneapolis have now gone nationwide with shops looted and gas stations set on fire.

The man died in custody on 25 May after being pinned to the ground and suffocated by police.

One of the four officers involved held a knee to the man's neck, whose close-to-last words were "I can't breathe". The police were responding to a call from a local grocery store where Floyd had allegedly tried to pay with a counterfeit $20 bill.