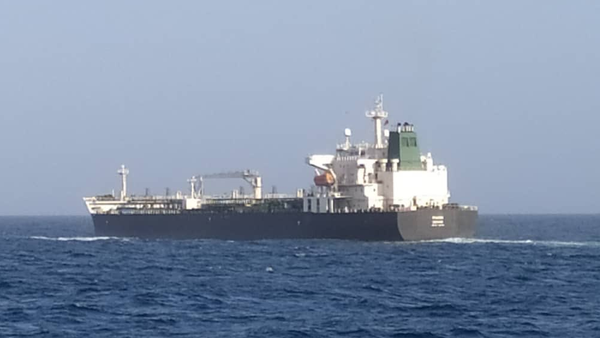 The last Iranian tanker carrying fuel and components for its production has docked at a Venezuelan port after entering the country's waters on 31 May. The vessel called Clavel arrived just three days after the previous tanker, Faxon, brought its much-needed cargo to the Latin American state.

Three other tankers, Fortune, Forest, and Petunia arrived earlier, with Forest having already unloaded its shipment of fuel, which was urgently needed in Venezuela, and left for an unknown destination. The shipping of the fuel to the country thus successfully concluded despite reported attempts of the US to thwart the transaction between Caracas and Tehran, both of which suffer from American sanctions. 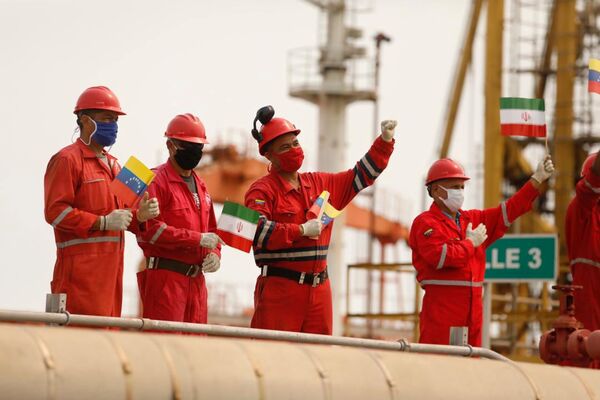 Workers of the state-oil company Pdvsa holding Iranian and Venezuelan flags greet during the arrival of the Iranian tanker ship "Fortune" at El Palito refinery in Puerto Cabello, Venezuela May 25, 2020
© REUTERS / Miraflores Palace/Handout

Last week, The Wall Street Journal and Fox News reported that Washington had pressured the Greek owners of two tankers, purportedly carrying Iranian oil towards Venezuela, to turn their vessels around under threat of sanctions. The tankers, Bering and Bella, reportedly followed the order.

Venezuela has been experiencing harsh fuel shortages lately despite possessing among the biggest oil reserves in the world. The crude extracted in the country is extremely heavy and requires sophisticated equipment to refine it into fuel. Caracas mostly lost access to such equipment after Washington imposed sanctions against the country's oil industry in an attempt to topple its elected President Nicolas Maduro - an endeavour which the US has failed to carry out, despite making several attempts.

Iran pledged to help its Latin American partner, condemning American attempts to "destroy" the Venezuelan economy. The US Special Representative for Venezuela, in turn, slammed the two countries' cooperation, claiming that Maduro is using Venezuelan gold reserves to pay Iran back.