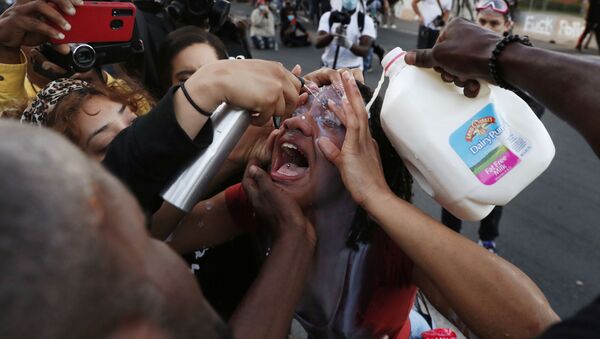 Earlier this week, Minnesota Governor Tim Walz called up the National Guard to help deal with civil unrest. This is the first time in 12 years that the Guard has been deployed in the state.

Sputnik goes live from Minneapolis, Minnesota, where protests over the 25-May death of 46-year-old local resident George Floyd while in police custody continue to unfold.

The protests erupted after a video, showing Floyd pinned to the ground by police officer Derek Chauvin, who was pressing his knee against the man's neck, went viral. Floyd was repeatedly telling the officers that he could not breathe until becoming unresponsive. He later died at a local hospital.

According to the city's police report, the man appeared to be under the influence and physically resisted officers when they tried to handcuff him. The four officers involved have been fired, while Chauvin has been charged with third-degree murder and manslaughter.