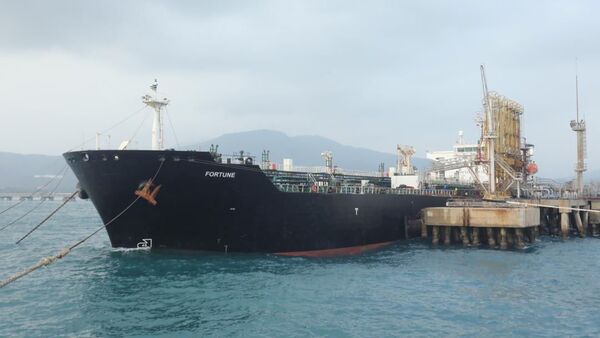 Oleg Burunov
All materialsWrite to the author
Washington's sanctions pressure on the Islamic Republic continues amid the ongoing tensions between the two countries in place since America’s unilateral withdrawal from the Iran nuclear deal in May 2018.

Earlier this week, the White House announced a decision to scrap a sanctions waiver that covered all the remaining Joint Comprehensive Plan of Action (JCPOA)-related nuclear projects in Iran, including conversion of the Arak nuclear reactor, and the export of the Islamic Republic's spent research reactor fuel. Here's a look at Washington's fresh restrictive measures against Tehran.

In a statement on Wednesday, US Secretary of State Mike Pompeo said that "the sanctions waiver covering these activities will end following a final, 60-day wind-down period allowing companies and entities involved in these activities to cease their operations".

He accused Tehran of continuing "its nuclear brinkmanship by expanding proliferation sensitive activities", adding that "these escalatory actions are unacceptable" and that he "cannot justify renewing the waiver for these JCPOA-related activities as a result".

Tehran has repeatedly stressed, however, that it has no intention of pursuing nuclear weapons or any other weapons of mass destruction, claiming the pursuit of such weapons runs counter to the country's Islamic faith. Iranian President Hassan Rouhani, for his part, underscores that Tehran will only sit down with Washington if the US returns to the 2015 Iran nuclear deal and scraps sanctions against the Islamic Republic.

Iran May Retaliate Against New US Sanctions

Andrey Baklitsky from the Russian Centre for Policy Research (PIR Centre) argued in this context that Iranian authorities know full well that the White House tightening the screws on Iran is connected with the US presidential campaign, but that Tehran will most likely respond in kind.

"It is important for the Iranian authorities to show the world that Washington will not break the Islamic Republic and that President Trump's sanctions strategy will finally fail. So US-Iranian tensions will continue", Baklitsky asserted.

He was echoed by Adlan Margoyev from the Moscow State Institute of International Relations who singled out Tehran sending its fuel tankers to Venezuela in a show of defiance against the US.

"Tehran is acting in a demonstrative manner. They, of sort, say [to the US], ‘here are our tankers with gasoline for our ally and just try to stop us'. Iranian officials make it clear that they do not accept pressure, and that the White House will have to sit down with them", Margoyev added.

On 14 May, Venezuelan Foreign Minister Jorge Arreaza stated that Washington tracking five Iranian tankers entering Venezuelan waters constituted a violation of international law. Iran, in turn, warned that any US attempt to intercept the tankers would constitute an "act of piracy", and that Tehran would have "the right to take the necessary steps to counter [American] threats". 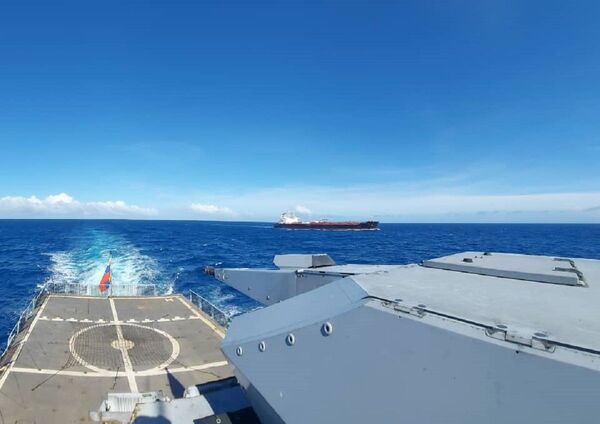 Margoyev, meanwhile, went on to say that he doesn't rule out a thaw in US-Iranian ties if Joe Biden wins the 2020 US election, adding, however, that even the hypothetical return of the US, the JCPOA will hardly help revive Iran's trust in the US administration.

On 1 May, the US Treasury Department froze any US-held assets belonging to Amir Dianat, an Iranian-Iraqi businessman accused of supporting efforts by Iran's elite Quds Force to smuggle weapons abroad. His mining business in Oman was also sanctioned on allegations of acting as a front company for the Quds Force.

Iranian Foreign Ministry spokesman Abbas Mousavi slammed these sanctions as "Washington's fruitless and repetitive" moves which are a "sign of the weakness, despair, and confusion of the US administration".

The US reinstated harsh economic sanctions against Iran in May 2018, when President Trump announced Washington's unilateral withdrawal from the JCPOA, also known as the 2015 Iran nuclear deal. Exactly a year later, the Islamic Republic said that it started suspending some of its JCPOA-related obligations.