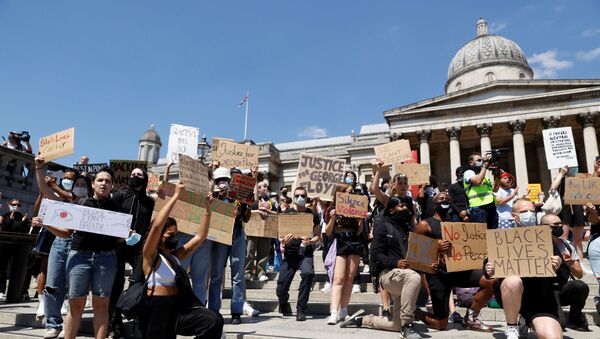 On 25 May, George Floyd was detained outside a corner store in Minneapolis and police officer Derek Chauvin pinned him to the ground with his knee for over eight minutes. Floyd repeatedly said that he could not breathe and eventually became unresponsive. He was pronounced dead at the Hennepin County Medical Centre about an hour later.

A live broadcast shows thousands of people gathered in Trafalgar Square, London to protest against racism after the police-involved death of George Floyd, an African American, whose death has already led to mass protests in the United States.

Protests erupted in various cities across the United States this week after George Floyd, an African American man, died in police custody after being pinned to the ground for several minutes, deprived of air. The police officer who detained him, Derek Chauvin has now been charged with third-degree murder and second-degree manslaughter. A total of four police officers have been fired in connection with Floyd's death.