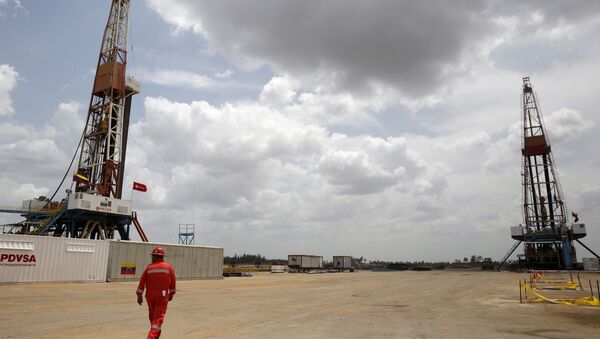 Venezuela has relied on Iranian fuel supplies since the US cut off other trading partners with sanctions and threats. Washington has shied away from using military power to block Iranian shipments, but is going out of its way to halt any other ships carrying fuel and other products to Venezuela.

The United States has launched a global push to cut off vital fuel supplies to Venezuela that targets both the government and shippers, Donald Trump's point man on Venezuela has revealed.

Elliot Abrams told Reuters in an interview that Washington had quietly sent diplomatic warnings to governments "around the world" requesting that they not make fuel shipments to the Latin American country, including denying port services to Venezuela-bound ships.

Abrams added that the US government had alerted ship owners around the world, captains and insurers as well as ports "along the way between Iran and Venezuela".

It is understood that one of the warnings was sent to Gibraltar, an important refuel hub for vessels sailing across the Atlantic.

"I do not think that you will find ship owners and insurers and captains and crews willing to engage in these transactions in the future," Abrams said of the potential effect of the latest crackdown. It is unclear whether, and which, governments will fall into line.

The US accuses Venezuelan President Nicolas Maduro of violating human rights and trampling on democracy. The Trump administration, which backs the self-declared interim president Juan Guaido, has imposed crippling sanctions on the Bolivarian Republic, including on its most important global business – the production and export of crude oil, which accounts for the bulk of its revenue.

Venezuela has experienced acute gasoline shortages in the past few months as its refineries suffer from under-investment and power outages. The country had previously swapped crude exports for fuel, but the US sanctioned its key partner, Russia's Rosneft, and threatened other major suppliers in Italy, Spain and India.

Maduro then resorted to importing fuel from Iran, another heavily-sanctioned US foe. Four Iranian tankers carrying petroleum products and spare parts for Venezuelan refineries have arrived in the fuel-starved country this month, and a fifth is thought to be en route.

The United States chose not to use its warships to block the shipments – something both Iran and Venezuela had warned against – but reportedly made two Venezuela-bound, Liberian-flagged vessels carrying Iranian oil turn back this week after threatening the ship owners and the Liberian government.