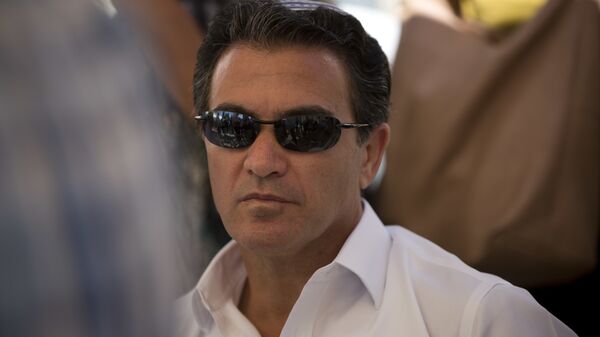 © AP Photo / Oded Balilty
Subscribe
International
India
Africa
Ilya Tsukanov
All materialsWrite to the author
Egypt became the first Arab country to establish relations with Israel in 1979, with the two countries engaging in security cooperation in Sinai, and Cairo occasionally helping to mediate between the Israel and the Palestinians.

Abbas Kamel, chief of Egypt’s General Intelligence Directorate, was said to have taken part in the meeting, as did Foreign Minister Sameh Shoukry.

Cohen’s trip is said to be connected to Israel’s plans to ‘apply sovereignty’ to large swathes of the West Bank territories beginning July 1, with the intelligence chief said to have gauged possible reactions to the decision from Palestinian actors, including Hamas.

According to the paper’s source, the two sides discussed the possibility of events “going out of control” and the dangers of a violent reaction amid the Palestinians.

The Egyptian side is said to have conveyed Cohen’s comments to Jordanian officials. Jordanian Prime Minister Omar al-Razzaz threatened to reconsider his country’s relations with Israel over its West Bank plans last week, stressing that Amman would “not accept unilateral Israeli moves to annex Palestinian lands.” King Abdallah II warned that the move would lead to a “massive conflict with Jordan,” and mean a possible end to the 1994 Jordanian-Israeli peace treaty.

Egyptian officials have yet to comment on the plans. Egypt and Jordan are currently the only Arab countries which recognize the state of Israel, with Lebanon, Syria, Iraq, Saudi Arabia and the Gulf countries, as well as Libya, refusing to do so.

Palestinian Authority President Mahmoud Abbas announced last week that East Jerusalem would no longer be bound by agreements with the US and Israeli governments, “including those related to security” amid Tel Aviv’s “annexation plans.”

Earlier this week, Israeli Prime Minister Benjamin Netanyahu indicated he had no intention of deviating from the project, which would put about 1,200 square km, or 20.5 percent of the UN-recognized Palestinian territory under Israeli control.