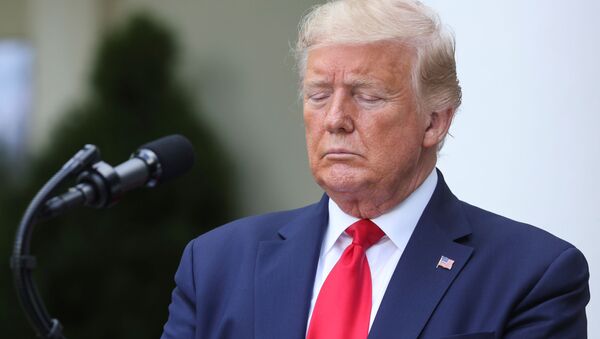 The G7 summit was originally scheduled for 10-12 June but was postponed to an unspecified date at the end of the month due to the novel coronavirus (COVID-19) pandemic.

German Chancellor Angela Merkel has declined US President Donald Trump's invitation to travel to the US to take part in an in-person G7 summit, Politico reported on late Friday.

"The federal chancellor thanks President Trump for his invitation to the G-7 summit at the end of June in Washington", German government spokesman Steffen Seibert told the newspaper. "As of today, considering the overall pandemic situation, she cannot agree to her personal participation, to a journey to Washington."

Trump had indicated earlier that the summit, which was postponed from 10 June, would take place at the end of June, either at the White House or in Camp David, or maybe split between the two locations.

Globally, over 5.9 million people have been infected with COVID-19, including more than 364,000 fatalities, according to data from US-based Johns Hopkins University. However, as the number of cases registered per day has declined in a number of countries, they began to gradually ease virus-induced restrictions and reopen their economies from the COVID-19 lockdown.