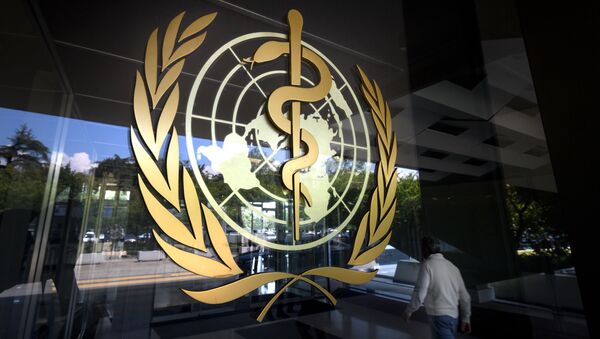 US President Donald Trump has announced the US is "terminating" its relationship with the World Health Organization (WHO) after he accused the United Nations agency of a pro-China bias.

The US is the WHO's single largest funding provider, supplying the UN agency with between $212 and $513 million per year, giving it $453 million last year, according to administration officials.

Trump announced on April 14 his administration was withholding funds from the WHO until an investigation could be carried out into its handling of the COVID-19 outbreak in Wuhan, China, earlier this year - although it was later revealed that the US had already held up payments to the WHO before Trump's decision.

The president echoed that sentiment on Friday, claiming that "China's coverup of the Wuhan virus allowed the disease to spread all over the world, instigating a global pandemic that has cost more than 100,000 American lives."

"China has total control over the World Health Organization despite paying only $40 million per year," Trump said. "The world needs answers from China on the virus. We must have transparency."

"We must have answers - not only for us, but for the rest of the world," he continued.

The WHO's assistant director-general of general management, Stewart Simonson, said earlier this week that a US departure from the agency was "unimaginable."

"I cannot imagine an environment where the United States would not be in WHO," he told CNN, noting the US has been the "leader in global public health" since 1902. He denied any favoritism by the agency toward China.