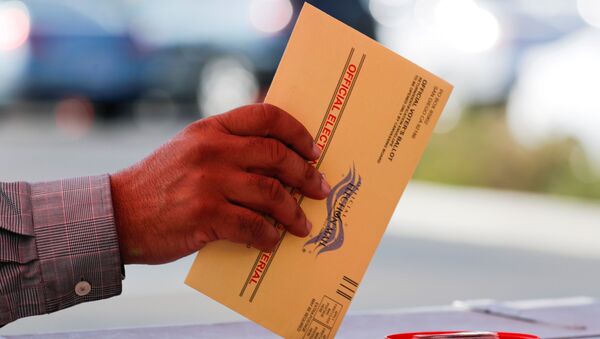 WASHINGTON (Sputnik) - The whole world would view mail-in voting in the United States as laughable if such means of voting is allowed, President Donald Trump told reporters.

“If we want mail-in balloting, all over the world it will look like a total joke”, Trump said at the White House on Thursday.

Trump said mail-in voting would be wrought with “fraud and abuse”. In addition, activists would be able to tell voters whom to vote for in addition to what they have to do.

So ridiculous to see Twitter trying to make the case that Mail-In Ballots are not subject to FRAUD. How stupid, there are examples, & cases, all over the place. Our election process will become badly tainted & a laughingstock all over the World. Tell that to your hater @yoyoel

"The Republican party can not let that happen", Trump said.

Several US states have approved mail-in voting for the upcoming elections out of concern for the public health amid the novel coronavirus pandemic.

The Republican National Committee (RNC) and other Republican groups have sued California in an attempt to halt the state’s mass ballot mailing after a decision by Democratic Governor Gavin Newsom to send absentee ballots to all residents ahead of the 2020 general election.