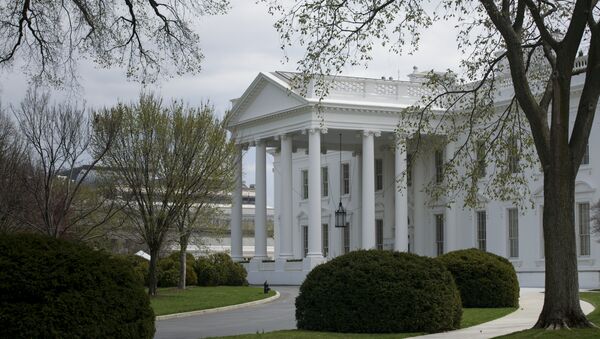 On Wednesday night, Democrats in the House of Representatives adjourned without voting on a controversial bill to reauthorize surveillance tools as part of FISA. Trump repeatedly urged Republicans to reject the legislation until a probe into alleged FISA abuses by former US President Barack Obama's administration is completed. Trump has claimed that the Obama administration missued FISA to wiretap Trump’s foreign policy campaign adviser, Carter Page, during the 2016 election season.

The FISA bill would have renewed expired domestic surveillance laws and included new privacy protections. There are three FISA authorities that are controversial: the “business records” provision, the “roving wiretaps” provision and the “lone wolf” amendment.

“I think renewing the authorities for business records allows the FBI to get business records, third-party records, lone wolf, which they claim the [Zacarias] Moussaoui case was an example of, but it wasn’t,” Rowley told Loud & Clear host John Kiriakou.

Moussaoui is a French citizen who pleaded guilty in the US for conspiring to kill American citizens as part of the September 11 attacks. FISA surveillance orders could previously only target “agents of a specific foreign power or terrorist organization.” However, after FBI agents detained Moussaoui in 2001 on immigration charges, they suspected he might be involved in terrorist activities but could not link him to a foreign power or terror group. When Moussaoui later pleaded guilty to conspiring in the September 11 attacks, Congress amended FISA by adding the “lone wolf” provision, which allows the government to obtain surveillance orders without having to prove suspects’ connections to organizations.

“Moussaoui was working with [Osama] bin Laden ...  so that was always used as a false example of why they needed the lone wolf provision to monitor someone who wasn’t working directly with a foreign terrorist group, and that was never true,” Rowley explained.

“Now, what’s happened in the meantime, of course, is that the news came out about the abuses, 17 different abusive misstatements - lies, whatever you want to call it - that were put into the Carter Page declarations for authorization, his authorizations for over a year,” Rowley noted. “That of course creates an impetus for Trump especially, but actually it should create an impetus for any politician to say, ‘Look, if the FISA court process can be so abused, maybe we should reform it.’”

In December 2019, the Office of the Inspector General of the Justice Department released a report that showed the FBI had abused its power in the FISA process for surveilling Page.

“Unfortunately, I’m not optimistic that it [FISA] will actually get fixed. The best thing they’ve been talking about is to somehow appoint a devil’s advocate - amicus, whatever you want to call him - to also be clued in to the secret application,” Rowley explained. An amicus curiae is an impartial adviser in a court of law.

“There is a very good solution to this, and this is something a law professor wrote after the so-called wall came down, because FISA is a compromise from 1979 based on the abuses when there was no wall between national security and criminal investigation,” Rowley said.

“So, in order to fix this problem of [former FBI Director J. Edgar] Hoover being able to claim that everything he did - surveillance and secret spying on Martin Luther King - all was said to be national security, so he could do it all. So the Church Committee decided that that needed to be fixed, and they said, ‘No, we’re going to create a wall between national security, espionage and terrorism and regular criminal [activity].’ After 9/11, they brought the whole wall down again, and we’re back to pre-Church Committee,” she explained.

“So, here’s the answer. The answer is if you want to have a separate process for investigating security lapse, espionage, terrorism issues and you still want to have Fourth Amendment protections for people, you have to make your secret process, your national security FISA process, more like the process that exists in criminal investigations,” Rowley added.