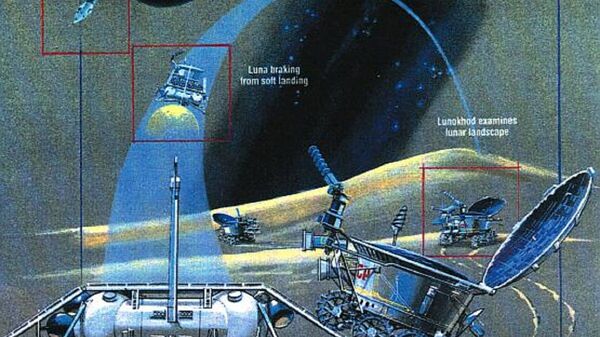 Ilya Tsukanov
All materialsWrite to the author
Russia is one of several space powers with plans to return to the Moon in the coming years, and has expressed a willingness to cooperate with NASA in this area. However, Roscosmos has also warned that the Trump administration’s recent ‘Artemis Accords’ plans to divvy up the Moon are comparable to the 2003 invasion of Iraq.

Russian scientists need to collect between eight and 10 soil samples from various regions of the Moon in order to prove once and for all how it was created, says Evgeni Slyuta, the head of the Laboratory of Geochemistry of the Moon and Planets at the Russian Academy of Sciences’ Institute of Geochemistry and Analytical Chemistry.

The academic recalled that there are two popular models to explain how the Moon was formed – the hypothesis accepted by most US scientists that the Moon was formed as a result of a collision between the Earth and another celestial body, and the hypothesis favoured by Soviet and then Russian scientists that Earth and the Moon formed simultaneously or nearly simultaneously billions of years ago.

“Everyone understands that without the delivery of lunar soil from various regions of the Moon, neither hypothesis can be confirmed. We need lunar soil from the continental and marine areas, from the most ancient regions of the Moon, to conduct a detailed analysis of its mineral and chemical composition, and, first and foremost, the isotopic composition of its radionuclides. These regions are more or less defined; there are between eight and 10 of them,” Slyuta explained.

One of these soil samples is expected to be delivered using the Luna-28 lander, a project Roscosmos hopes to land on the Moon in 2027, taking cryogenic soil samples back to Earth from the celestial body’s South Pole. A year later, the Luna-29 lander is expected to deliver a rover to the Earth satellite for further exploration.

“Accurate on-site analysis cannot be done. The study of the soil’s isotopic composition is a very sensitive analysis, its preparation alone taking several months,” Slyuta stressed, explaining why the sample needs to be brought back to Earth for study.

The analysis could have ground-breaking implications. According to the scientist, the US scientists’ ‘giant-impact hypothesis’ on the formation of the Moon is an excellent model, but does not explain the differences in the composition of matter between the two celestial bodies. The theory of simultaneous or near-simultaneous formation has its own issues as well, Slyuta says, but is more consistent in helping to explain these differences. 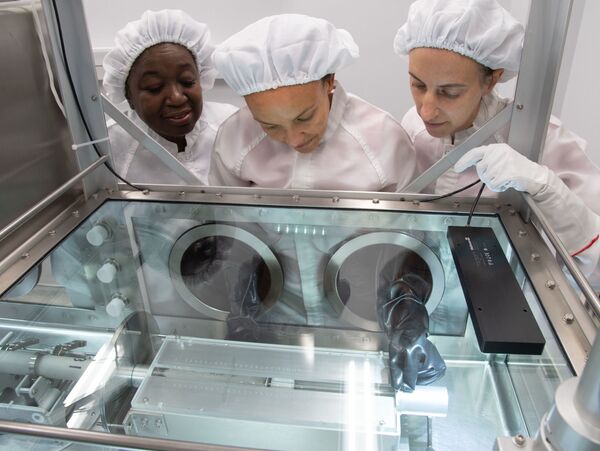 Pictured from left: Apollo sample processors Andrea Mosie, Charis Krysher and Juliane Gross open lunar sample 73002 at NASA's Johnson Space Center in Houston. The Moon rocks inside this tube have remained untouched since they were collected on the surface and brought to Earth by Apollo astronauts nearly 50 years ago.
© NASA . James Blair

Multiple nations, including Russia, the United States, China, India and Israel have unveiled ambitious plans to take humanity back to the Moon.

However, earlier this month, the Trump administration unveiled its so-called ‘Artemis Accords’ principles for Moon exploration, outlining national and private sector agreements to effectively divvy up the Moon into spheres of influence, including for the extraction and utilization of space resources. Roscosmos chief Dmitry Rogozin expressed concerns over the US proposal, comparing it to the US invasion of other countries back on Earth and warning that Russia would not allow the US to privatize the Moon.