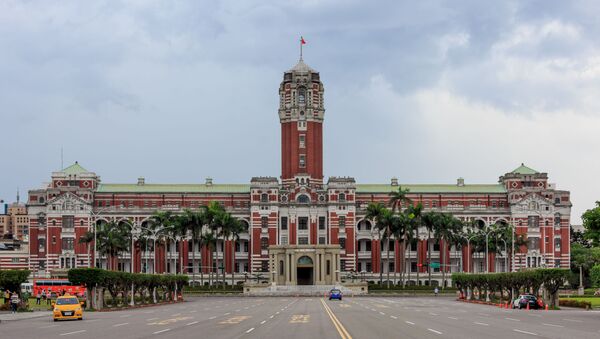 At China’s Zhurihe Combined Tactics Training Base, People’s Liberation Army (PLA) soldiers can practice storming Taiwan’s Presidential Office Building, the seat of government for the autonomous island that has long evaded Beijing’s attempts to bring it under communist control.

Soldiers practicing urban warfare in mock towns is nothing new, but at Zhurihe in Inner Mongolia, the PLA has given some of its drill sites a distinctly nationalistic twist, none more so than the rough recreation of downtown Taipei, including the distinct red and white facade of the Presidential Office Building, from which Taiwanese President Tsai Ing Wen runs the autonomous island.

Satellite photos obtained from Planet Labs by The Drive’s The War Zone show a drilling area in a larger urban warfare zone of Zhurihe that includes a mock-up of the Taipei office and some of the surrounding streets. However, the street layout isn't an exact match. 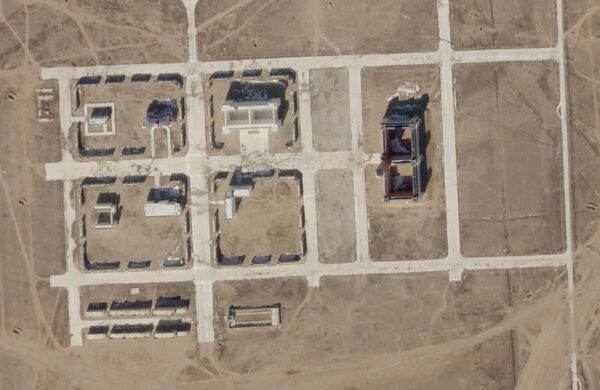 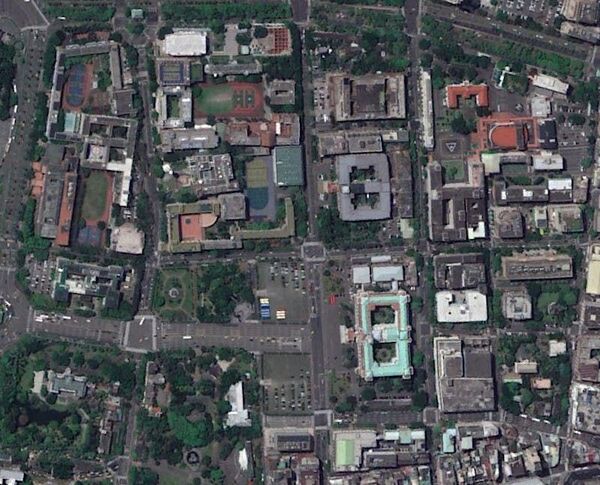 The front of the mock-up can also be seen very briefly in this promotional video from 2015 which, according to The War Zone, would have been two years after the structure was built. However, that’s not where Tsai lives: Taiwan’s first family lives at the Yonghe Residence, about a third of a mile down the street.

The office building was built in 1919 by the Japanese colonial authorities, who seized the island from the Qing Dynasty in 1895 and ruled it as part of their own empire until 1945, when it was surrendered to the Allies and returned to China. However, Taiwan soon left Beijing’s control again just four years later, when the communist revolution led by Mao Zedong captured Beijing and the rest of mainland China, declaring the People’s Republic of China to be founded. The republican government of Chiang Kai Shek survived only in Taiwan, which continues to regard itself as the Republic of China, the sole legitimate representative of the Chinese people.

The PRC, by contrast, considers Taiwan a wayward province that will one day be reunited with the rest of China. For Taipei, the concept of One China was rarely in dispute, just which government ruled it, and in 1992, the two governments arrived at consensus on the principle.

When Tsai was elected in 2016, however, that began to change. Her Democratic Progressive Party doesn’t favor closer relations with China and has long been feared by Beijing to harbor independence ambitions. As unofficial US aid for Taipei has increased in recent years, Chinese President Xi Jinping has made it explicitly clear that a declaration of independence by Taiwan will mean war.

Earlier this year, Taiwan’s Ministry of National Defense oversaw massive drills that rehearsed defending the island against a Chinese invasion force. The PLA has steadily enhanced its marine and amphibious forces in recent years, building assault ships capable of deploying an expeditionary force. More recently, news emerged from Japan’s Kyodo News that the PLA Navy might be planning to rehearse an invasion of the Pratas Islands, a group of small islands controlled by Taiwan that China calls the Dongsha Islands. However, Beijing has made no public comment on the drill, even to verify that it will be happening.

China isn’t alone in building replicas of its adversaries’ seats of government: the neighboring Democratic People’s Republic of Korea has built a full-scale training model of the Blue House, where South Korea’s president lives, for its soldiers to practice assaulting. According to NK News, this is actually the second iteration, as the first Blue House replica was destroyed in 2016 during war games.

Iran has also built a full-size model of a US Nimitz-class aircraft carrier, which it likes to periodically shoot missiles at. Sputnik recently reported that Tehran was fixing up the replica for another round of drills, as tensions with the US continue to simmer.