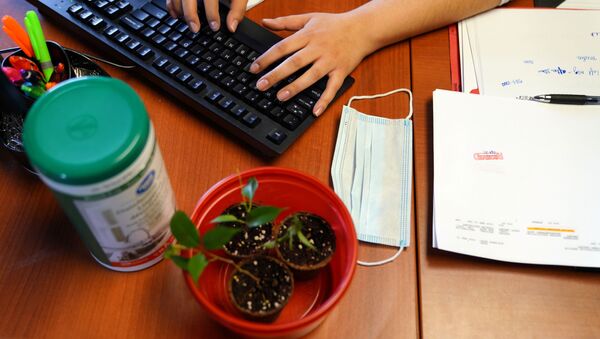 Fresh Finnish simulations of how viruses can move with air currents have prompted recommendations to continue distance work wherever possible. Cramped conditions and long-term indoor stays both include a risk of infection, the researchers have concluded.

A Finnish study of how aerosols move indoors has warned of the infection risk posed by open space offices and recommended that Finns continue remote work this summer to the highest possible extent.

The team of some 30 researchers from Aalto University, the University of Helsinki, VTT Technological Research Centre and the Meteorological Institute rate a restaurant visit, a shopping tour and a bus trip as being much safer than a day at the workplace.

The study indicated that the risk of being infected with COVID-19 increases the longer you stay indoors and the closer you are to other people. The droplets that leave the respiratory tract when talking, coughing and sneezing dry up and form particles that can carry infectious agents, the researchers said.

While admitting that there is still a lot to learn about the virus, there is a connection that involves people breathing in the same room becoming infected, deputy professor Ville Vuorinen from Aalto University, who has coordinated the study, said.

“We can already agree on some questions: that the disease is transmitted through the respiratory tract and that time is important for the spread of infection”, Vuorinen told the newspaper Hufvudstadsbladet.

In the study, the researchers did computer simulations of drop contamination and analysed material that emerged during the novel coronavirus pandemic. Some of the papers studied described the spread in connection with parties or public events, such as the Mother's Day concert in Helsinki Music Hall.

“We have tried to create some kind of basic understanding of how infections move through breathing in interiors and concluded that the distance between people and the time they stay in the same room is important,” Vuorinen said. At the same time he stressed uncertainty regarding questions such how contagious the virus particles hanging in the air are and what quantity is needed to become infected.

Citing a recent study by the New England Journal of Medicine, according to which SARS CoV-2 dried up virus particles can be contagious for up to three hours while remaining in the air in aerosol form, Vuorinen stressed the importance of air conditioning.

In order to minimise the risk of office contamination, a few metres' distance is mandatory, Vuorinen said.

“The key is thinking about the number of people in relation to the size of the room and the time you spend. Avoiding or shortening time spent with others is important. You can also look at how many people work in different shifts, see if the shifts can be arranged in a less overlapping manner and try to visit the office less often than normal. And of course it is of the utmost importance that no one gets sick at the workplace,” Vuorinen said.

The preferable scenario, however, is to continue distance working, whenever possible, the researchers concluded.