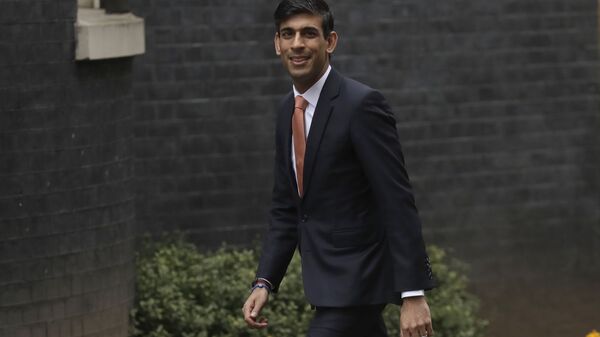 Changes to the Coronavirus Job Retention Scheme will enable businesses to bring back staff part time from July and introduce a taper requiring firms to contribute to their salaries from August onwards.

Chancellor Rishi Sunak has outlined plans for employers to start paying towards their furloughed staff and extend reduced support to self-employed workers, the BBC reports.

From August employers will have to pay National Insurance and pension contributions, and then 10% of pay from September, rising to 20% in October.

Also, workers will be allowed to return to work part-time from July, but with companies paying 100% of wages.

Mr Sunak said the scheme will adjust so "those who are able to work can do so".

1/ Our job retention scheme has now supported more than 8 million jobs and over a million businesses.

Today I announced the final phase of this eight-month scheme. This thread outlines how we’ll introduce flexible furloughing in the coming months.👇 pic.twitter.com/6FT4kuWvle

Taxpayers have been meeting the wage bill for 8.4 million workers, at a cost of about £14 billion a month, since March. The scheme was aimed at preventing mass layoffs, as lockdown restrictions caused large parts of the economy to shut down.

Employees have been receiving 80% of their usual wage, up to a maximum of £2,500 a month. One million firms are using the scheme, according to data released this week, as reported by the Guardian.

In the face of growing calls, Mr Sunak has also announced that financial help would also be extended for the self employed for a further three months, although the grant available would be reduced by 10% to 70% of their profits.

1/ I know people have been waiting to hear and I understand they have been anxious.

I can confirm today the self-employment income support scheme will be extended. pic.twitter.com/16m2EErkCp

"Our top priority has always been to support people, protect jobs and businesses through this crisis," said Mr Sunak. "The furlough and self-employment schemes have been a lifeline for millions of people and businesses."

The government also announced the furlough scheme will close to new entrants on 30 June.

The moves come as ministers seek to get people safely back to work and restart the stalled economy, as the coronavirus lockdown is eased.

Employers' claims under the scheme have reached £15 billion so far. But the scheme is expected to cost a total of around £80 billion, or £10 billion a month. The Office for Budget Responsibility is set to publish detailed costings next week.