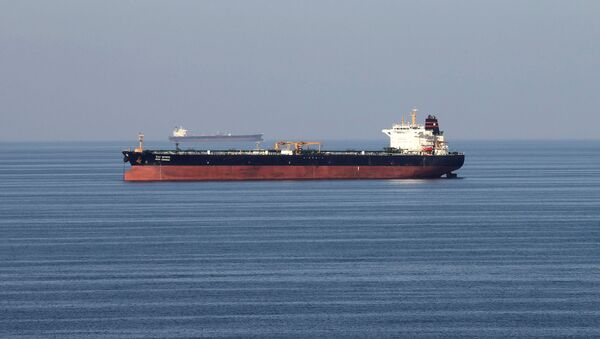 Amid a slump in demand for oil and dwindling storage capacity due to the COVID-19 pandemic, it was earlier reported that tankers carrying Saudi Arabian oil launched by the kingdom before it called a halt to the price war and agreed new production cuts were on course for the US coast, to join the congestion of tankers there waiting to offload.

US oil imports swelled last week, with over half of the extra crude arriving via tankers from Saudi Arabia, in an assault on the already struggling American shale industry, writes Financial Times.

According to the federal Energy Information Administration (EIA) on 28 May Saudi supplies to the US spiked by almost 1 million barrels daily during the week ending 22 May. Some of the 27 oil tankers anchored off shore during the outbreak of the coronavirus disease (COVID-19) are viewed from a U.S. Coast Guard helicopter near Long Beach, California, U.S., in a still image from video taken April 23, 2020
© REUTERS / US COAST GUARD

The armada of ships bringing Saudi crude to the US has arrived,” Amrita Sen, a director at Energy Aspects consultancy was quoted as saying.

Net petroleum imports rose again last week to 1.2 million barrels a day, according to the EIA, dramatically higher than the level registered a year ago.

Besides Saudi Arabia, impost have been swelling from countries such as Canada, Mexico and OPEC producers Nigeria and Iraq, with more anticipated, claim analysts.

“America’s net-exporter vacation is over for now… But we’ll be showing the photographs for years,” says Kevin Book, managing director at Washington-based ClearView Energy Partners consultancy.

Some 29m barrels of crude remain on 14 vessels yet to be unloaded, according to the data.

The Saudi fleet was anticipated to encounter a congestion of tankers waiting to offload at US ports. 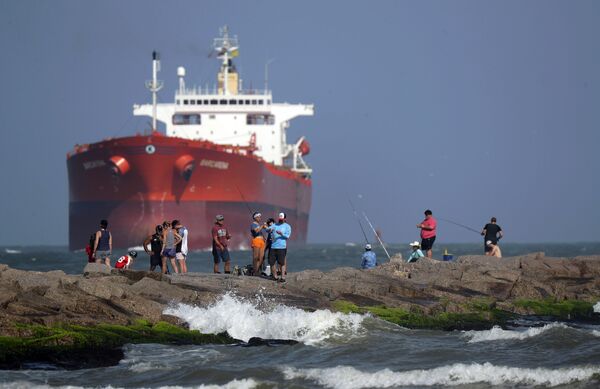 ​Vessels have been idling in long queues due to refiners cancelling and deferring oil purchases over plummeting demand.

The tankers were dispatched by the kingdom before it ended its oil price war and agreed to slash production cuts in an unprecedented new deal with members of OPEC and their allies, including Russia and Mexico.

Announced on 12 April, the deal envisaged a cut to production by 9.7 million barrels a day in May and June, the deepest ever agreed to by the world's oil producers.

After that, the group announced it would steadily ramp up production until the agreement expires in April 2022.

Despite supply cuts coming into force in May, analyst are acknowledging that the true scale of Saudi Arabia’s “assault” on the US shale patch is only now becoming evident.

“The optics for Saudi crude aren’t so great in Texas right now… Despite their huge cuts, the April export surge has just started unloading, with yet another clue for Permian operators as to why US oil prices remain on the floor,” believes Bill Farren-Price, director at RS Energy Group consultancy.

While the effect from agreed OPEC oil production cuts begins to take effect, Saudi imports “are likely to remain high in the next few weeks but they will fall sharply from mid-June,” believes Amrita Sen, of Energy Aspects.

Amid the continuing coronavirus pandemic, and the slump in global demand for oil that it has generated, US oil production continues to fall dramatically.

In the week ending 22 May, the EIA says output dropped to 11.4 million barrels a day, with some analysts claiming the figure is in fact as low as 10 million barrels daily, as compared with 13 million barrels a day earlier this year. In April, US benchmark West Texas Intermediate traded below zero for the first time in history, sending the shale industry into a tailspin. Shade production requires prices of almost $50 a barrel to make any profit.

Despite gradual easing of COVID-19 lockdown measures around the country, US oil demand also dropped by about 4 percent to reach 16 million barrels a day against the previous week, reported EIA, with the figure a quarter lower than a year ago.

Extra oil imports served to push US crude inventories higher as well, eating into storage capacity to a degree. However, utilization rates are currently beneath the high levels that sent WTI sinking below zero last month. 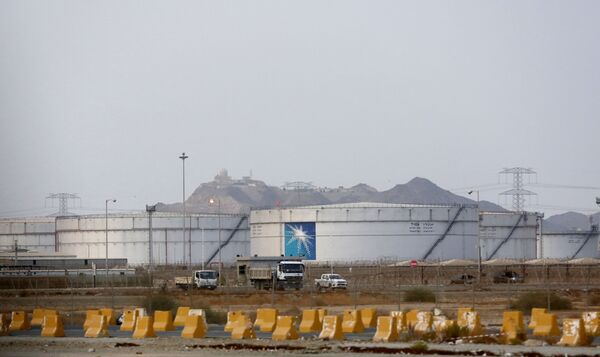 Amid the current volatility, many in the US shale industry are concerned how so much foreign oil could be landing on US shores as the country’s operators shut down rigs and slash jobs. 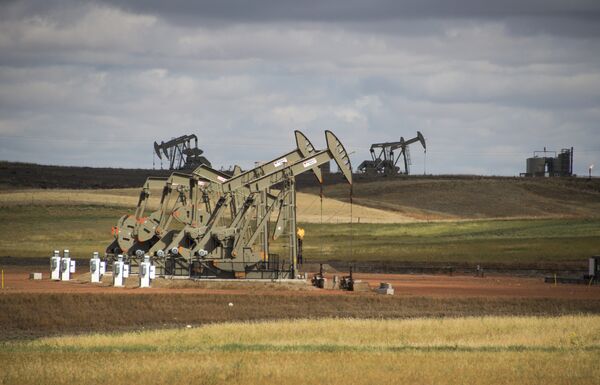 “Capitalism is buying cheap crude from the lowest-cost seller,” Kevin Book, of ClearView Energy Partners was quoted as saying.