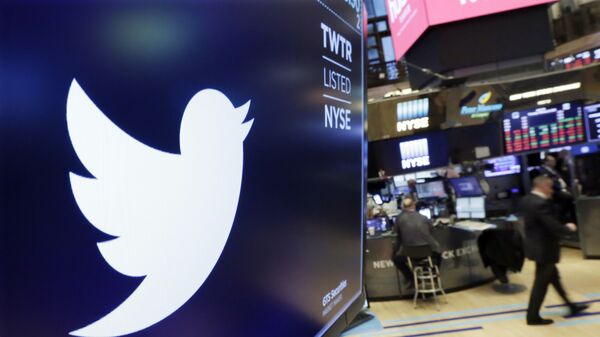 Donald Trump notified the major social media platforms on Wednesday that he would "strongly regulate" or "close them down" if they proceed with "totally" silencing conservative voices. US political commentators have looked into the apparent ramping up of political bias by Big Tech as the November election day nears.

Trump's remark came after Twitter tagged a fact-check warning to the president's Tuesday tweet concerning potential fraud in mail-in voting. The tag reading "Get the facts about mail-in ballots" takes a user to a Twitter page that claims that the US President's statements that mail-in ballots would lead to "rigged elections" are "false": "Trump's claims are unsubstantiated, according to CNN, the Washington Post and other fact checkers", the page reads.

In response, the president immediately lambasted Twitter for "interfering in the 2020 presidential election based on fact-checking by Fake News CNN and the Amazon Washington Post".

Big Tech is doing everything in their very considerable power to CENSOR in advance of the 2020 Election. If that happens, we no longer have our freedom. I will never let it happen! They tried hard in 2016, and lost. Now they are going absolutely CRAZY. Stay Tuned!!!

"I would not agree with Trump on this," argues Dan Kovalik, an American lawyer, author and political analyst. "What he's responding to is that Twitter has been on some of Trump's tweets. Twitter has put in a notation alerting readers to fact check what Trump is saying. They're not censoring Trump. They're allowing him to speak, of course, on Twitter. But they're simply at times flagging that what he's saying may not be true."

Having noted that the timing of Twitter's tagging is "interesting" as the November elections nears, the lawyer does not believe that the move is political biased: "I don't see Silicon Valley as having a particular political bed," he says. "I think they're motivated by profit more than anything."

Major social media platforms "have their own human flaws", Kovalik says, but what Twitter did was just tell people to fact check, not wipe the president's account away.

Michael Shannon, a political commentator and Newsmax and Cagle Syndicate columnist, holds the opposite stance.

"Big Tech corporations promised to be neutral, but they lied," Shannon says. "They are not neutral at all. They are pushing mail-in ballots. It's very important to the left. And any tweet by anyone who casts doubt on their assurance that there's never been any fraud is going to hit them."

According to the political commentator, Silicon Valley giants are "hiding" behind Section 230 of the 1996 Communications Decency Act, which immunises providers and users of an "interactive computer service" from liability for publishing information provided by third-party users. However, this legacy legislation adopted in the times of "dial up Internet" does not fit in with the modern era, he argues.

The assertions that the vote-by-mail elections would not invite any significant fraud do not hold water either, according to Shannon.

Earlier, RealClearPolitics reported that 28.3 million mail-in ballots remain unaccounted for between 2012 and 2018, according to the Election Assistance Commission data. For its part, The Daily Signal, a conservative news website, warned against ballot harvesting in vote-by-mail-elections and listed 15 instances in which courts discarded an election result based on entire or partial absentee voting fraud. 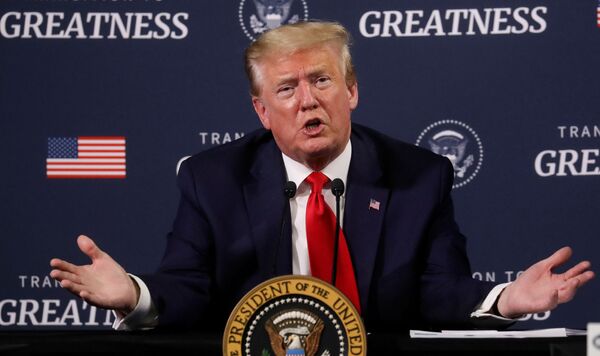 US President Donald Trump speaks with members of the business community while visiting the Ford Rawsonville Components Plant, which is making ventilators and medical supplies, during the coronavirus disease (COVID-19) pandemic in Ypsilanti, Michigan, U.S.
© REUTERS / Leah Millis

"Twitter does what's called ‘shadow banning’ where conservatives don't show up on the search results," he says. "And, of course, Facebook’s been doing it. And when this happens, the violations are always called, where there's an error or it was a mistake or it's a coding problem in the algorithm or a moderator fail. But the interesting thing is these breakdowns only seem to affect conservatives."

In February 2020, Sen. Josh Hawley of Missouri, dubbed by Vox "the Senate’s biggest Republican tech critic", proposed putting the Federal Trade Commission (FTC) under the DoJ's control and focus its scrutiny on the Silicon Valley giants, among other issues.

"Hawley has introduced a bill in the Senate that would require the FTC to certify that companies like Facebook, Twitter and Google do not 'moderate information provided by other information content providers in a political biased manner'. And if they don't do that in Section 230, immunity would no longer apply," Shannon elaborates.

On 27 May, Senator Hawley sent a letter to Twitter CEO Jack Dorsey raising the question as to why Twitter should continue to receive special immunity from the federal government after the social media platform opted to "editorialise on President Trump’s tweets". "Twitter’s unprecedented decision to single out the President for disfavoru, based on his political speech, is alarming," the senator stressed in his letter.

Twitter has now shown that everything we have been saying about them (and their other compatriots) is correct. Big action to follow!

US Big Tech has been repeatedly called out for its supposed political bias against the conservatives and President Trump, in particular. Thus, during the 2016 election cycle, Robert Epstein, a distinguished research psychologist, discovered that Google's search suggestions were biased in favour of then Democratic presidential nominee and Trump's rival Hillary Clinton. In the years since, Project Veritas and The Daily Caller released a number of exposés concerning Twitter's "shadow-banning" of conservatives, Google's manipulation of search results and specific algorithms prevent some right-wing websites from appearing in its searches and prioritising left-leaning media sources.

On 23 July 2019, US government regulators opened an antitrust review of the world's biggest technology companies including Facebook, Google, and Amazon, while in February 2020, the FTC expanded the investigation ordering Amazon, Apple, Facebook, Microsoft and Google owner Alphabet to provide further information about their market activities, while looking into potential instances of unfair competition and evasion of regulatory scrutiny.