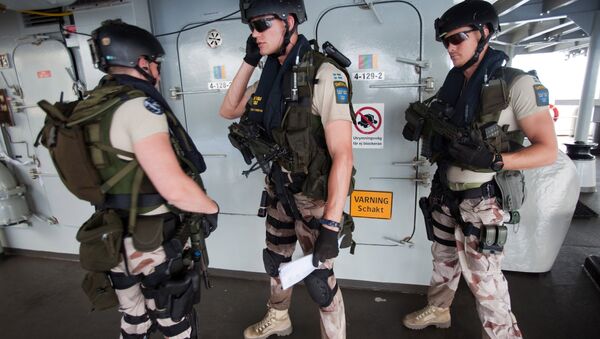 A new authority tasked with boosting society's “overall resilience within the psychological defence” should be established, according to investigator Anders Danielsson. In his own words, this aims to “safeguard the formation of opinions” and “parry undue influence and other misleading information”.

Sweden should establish a new authority for “psychological defence” in order to counter “disinformation” and rescue the country's image and reputation, a state investigation has proposed.

According to the report penned by former Director General of the Swedish Security Police Anders Danielsson, this would “parry undue influence and other misleading information”.

Danielsson suggested that Sweden was exposed, among other things, to so-called “impact operations” that try and sow discord in the country. The authority should therefore target “antagonistic actors” who spread information the authorities deem to be false. The new body, according to Danielsson, would “safeguard the formation of opinions”.

“It can be about diplomatic contacts or counter-narratives. Ultimately, it is about getting through a different image from the one the opponents want to convey”, Anders Danielsson explained.

According to the proposal, the new body, tentatively called the National Centre for Psychological Defence, will have 45 employees, tasked with “supporting and developing the society's overall resilience”. This will be done by identifying misleading information, disseminating knowledge among the competent authorities, providing necessary training and supporting the media in analysing and confronting fake news.

“The work on psychological defence is of great importance and needs to be strengthened. It is important to consider how it should be designed to be able to be carried out in peacetime, at the height of preparedness and ultimately in times of war. Among other things, it is about strengthening the ability to meet disinformation, something that we have also seen examples of during the ongoing corona crisis,” Interior Minister Mikael Damberg said.

“Sweden is facing increasingly complex threats, with foreign powers exploiting opportunities to disseminate information and propaganda, and therefore Sweden must have a stronger ability to detect it,” Damberg added.

The proposal also includes rights to electronic signal monitoring. This has spurred the criticism of Lena Hallin, the head of the Swedish Military Intelligence and Security Service (MUST).

“We don't see the need for another authority to receive these rights. The way it is regulated today, you can get information from other sources in such a way that it meets the need,” Hallin told the newspaper Svenska Dagbladet.

Currently there are several authorities that have psychological defence in their area of responsibility. In addition to the aforementioned MUST, they include the Swedish Civil Contingencies Agency (MSB), SÄPO and the Swedish Armed Forces.

If green-lit by the parliament, the new authority may become operational in 2022.