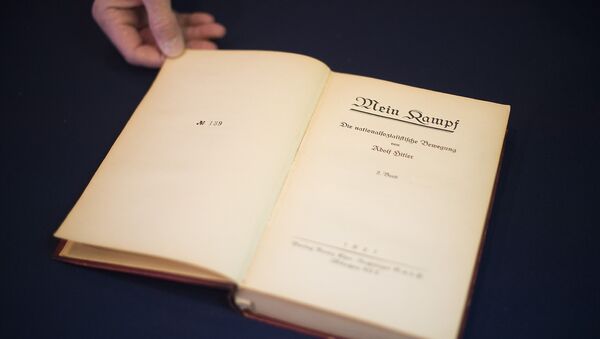 The calendar was offered by Naše Vojsko, a publisher founded in 1945 which specializes in materials related to military history, and was being sold for around $20. However, a search for the calendar on the publisher’s website yields no results, suggesting that the item may have been removed due to the controversy.

​Many officials have publicly condemned the calendar. Michal Klima, chairman of the Holocaust Victims Fund, filed a criminal complaint against the publisher, claiming that it is promoting a historical event and movement that disregards human rights and freedoms, which is against Czech law, the Jerusalem Post reported.

In an official statement, Klima said that the law was "violated by the Naše Vojsko publishing house by producing and selling promotional items with portraits of Nazi leaders, war criminals convicted in the Nuremberg Trials,” the Post reported.

Jan Hamacek, the Czech interior minister, also called the calendar “tacky and immoral,” and Israeli Ambassador to the Czech Republic Daniel Meron tweeted Monday that he was "shocked and disgusted by such a calendar."

In a Monday post on Twitter, Christoph Israng, Germany’s ambassador to Prague, wrote, “Products that glorify the worst criminals in human history are unbearable.”

“I cannot understand why someone makes, sells or buys this trash,” he added.

According to the Telegraph, Emerich Drtina, Nase Vojsko’s director, recently defended the calendar, claiming in an interview with Czech news website Irozhlas that he is “a businessman, not a Nazi.”

“Every figure has a meaning in history,” he told the outlet. “We do not want to be like it was under socialism when you were not allowed to write things. Ethically [the calendar] was on the edge, but I am not promoting anything here. Everything is done for profit.”