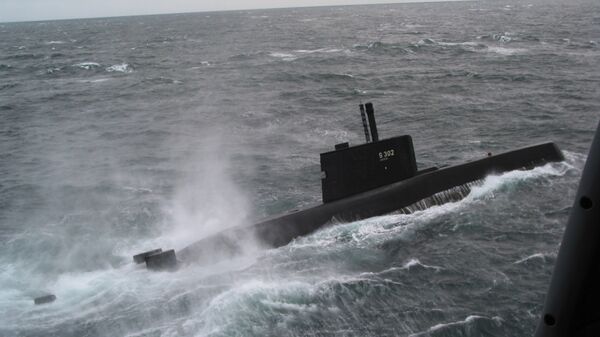 Following the sale of a decommissioned naval base, nuclear-powered allied submarines will call in at a municipal port in Arctic Norway, contrary to the wishes of locals.

Following the sale of the decommissioned naval base Olavsvern in Tromsø, northern Norway, the pressure from NATO has increased to obtain another point of arrival for nuclear-powered vessels than today's only approved port in Norway, which is Bergen's Haakonsvern in the western part of the country, national broadcaster NRK reported.

The Norwegian Armed Forces believe it will be safe for nuclear-powered vessels to call at the municipal port of Tønsnes in Grøtsund in Tromsø.

The spokesman for the Norwegian Armed Forces Operational Headquarters, Brynjar Stordal, said that the first vessels were originally to dock in Tromsø during the first half of this year, but were somewhat delayed due to the coronavirus outbreak.

“We have been given political instructions to prepare for the reception of these vessels. We have therefore had a collaboration with the municipality of Tromsø on this. We don't meddle with the politics,” Stordal told the newspaper Klassekampen.

The municipality is bound by the Port Act, which implies a duty of reception for all types of war vessels. However, the local authorities are less than pleased about nuclear-powered port calls.

“This is not a good solution for us. We'd rather not see the port used for this purpose,” Jarle Heitmann, group leader of the Labour Party and chairman of the municipal company Tromsø harbour, said.

Frode Pleym, the leader of Greenpeace Norway, believes Tromsø has been strong-armed into accepting nuclear-powered submarines.

“Allowing nuclear-powered submarines in Norwegian ports and waters is playing Russian roulette with people and nature. Or more appropriately in this case: NATO roulette. This is because the government and parliament do not dare to say no to the US,” Pleym told NRK.

He emphasised that Tromsø was one of the municipalities that wanted Norway to sign the UN nuclear ban and said no to both nuclear-powered vessels and nuclear arms on board.

The NATO base in Tromsø, Olavsvern, had a special submarine dock, but it was closed down in 2009 and sold to private investors. The facility has since been used as storage for small and large boats.

The sale of the Olavsvern base was negotiated by investor Gunnar Wilhelmsen, who is now mayor of Tromsø, and the Olavsvern group, for a price tag of NOK 38 million ($3.8 million).

Last fall, the company WilNor Govermental Services acquired 66 percent of the shares in the Olavsvern Group, on behalf of the Armed Forces Logistics Organisation (FLO). The Wilhelmsen Group has for several years collaborated with the Armed Forces. The acquisition thus gives the Armed Forces the opportunity to use the base.

Earlier this year, it was reported that the base will be used for logistics in order to supply Norwegian and Allied forces.

The number of nuclear-powered vessels along the coast of Northern Norway has increased, the Norwegian Radiation Protection Authority reported, indicating its concern.

Tromsø is a city in Norway's northernmost Troms og Finnmark county. With a population of 65,000, it is the largest urban area in northern Norway and the world's third-largest city above the Arctic Circle, trailing Russia's Murmansk and Norilsk. It is sometimes nicknamed the “Paris of the North”.