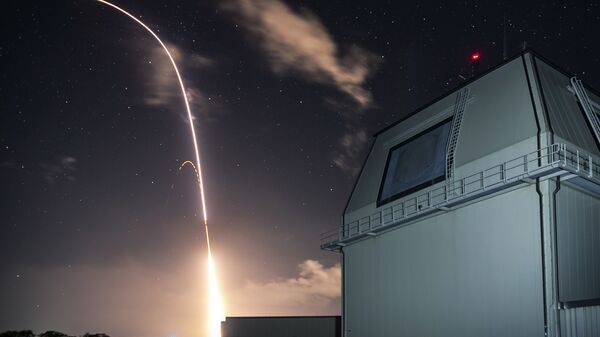 TOKYO (Sputnik) - An ongoing study in northern Japan to find a suitable site for the deployment of a US-made Aegis Ashore ground-based missile system has been delayed due to the ongoing coronavirus disease outbreak, the NHK broadcaster reported on Thursday citing a source involved in the investigation.

Studies have been ongoing to find a suitable site in northern Japan for the deployment of the missile defense system. The second investigation was set to be completed in May, although the broadcaster cited a source inside the study who stated that work had been delayed due to the ongoing coronavirus disease outbreak.

The delay is estimated to last a month, the broadcaster cited the source as saying.

The Japanese authorities had previously planned to install one of the systems at the Araya Ground Self-Defence Force training complex in the northern city of Akita, although these plans were reportedly shelved after fierce pushback from local residents. The government later denied that it had scrapped proposals to deploy the system in Akita prefecture.

According to media reports, the government hopes to deploy the second of the two Aegis Ashore units in the southern Yamaguchi prefecture.

Russian Deputy Foreign Minister Sergei Ryabkov in January expressed doubts as to whether the Aegis Ashore missile defense systems would solely serve to protect Japan from the threat of ballistic missiles from North Korea.