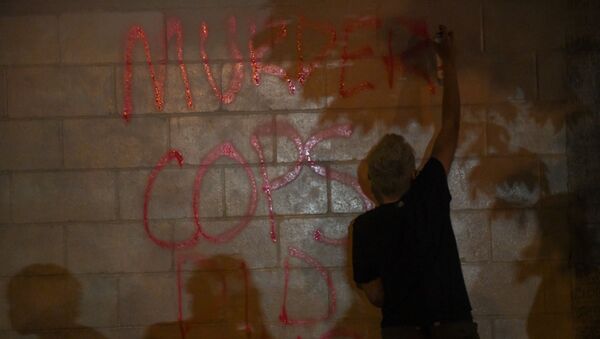 Combined, the men have been the subject of more than a dozen civilian complaints, for which Chauvin has faced three verbal reprimands. The database confirmed that internal reviews of Chauvin and Thao’s use of force by the Minneapolis Police Department resulted in no disciplinary action each time.

The Minneapolis police officer captured in video footage kneeling on the neck of an unarmed black man before he died was subject to a number of other police conduct complaints while on duty, according to a database that documents police brutality according to the Guardian.

The officer, Derek Chauvin, and three fellow officers were fired Tuesday from the Minneapolis Police Department one day after the incident involving 46-year-old George Floyd, whose cries of physical pain were recorded on a cellphone video and whose death led to a wave of violent protests Wednesday night in Minnesota's largest city. Minneapolis police identified the other officers as Thomas Lane, Tou Thao and J. Alexander Kueng.

Minneapolis officer Derek Chauvin, who knelt on George Floyd's neck, has had 17 complaints against him filed over the years.

All but one were closed without discipline, per records. pic.twitter.com/WSy57sKr4S

The FBI and state agencies have launched separate investigations into Floyd’s death.

Officers had been responding to a call from a grocery store that claimed Floyd had used a forged check. The Minneapolis Police Department said Floyd “died a short time” after a “medical incident”.

“Why is the man who killed George Floyd not in jail?” Minneapolis’ mayor, Jacob Frey, asked as he called for charges on Wednesday. “We cannot turn a blind eye, it is on us as leaders to see this for what it is and call it what it is.”

Chauvin, who joined the Minneapolis Police Academy in October 2001, has had a career that included use-of-force incidents and at least one lawsuit related to an allegation of violations of a prisoner's federal constitutional rights.

According to NBC, in 2006, Chauvin was one of six officers who responded to a stabbing at a Minneapolis home and shot the perpetrator dead for turning on the police.

The same year, Chauvin and seven others were named in an unrelated federal lawsuit filed by an inmate at the Minnesota Correctional Facility at Lino Lakes. Further information was not immediately available; records show that the case was dismissed without prejudice in 2007.

Chauvin was also one of five officers who were placed on leave after they shot and wounded an indigenous man in 2011, the Daily Beast reported.

Later that year, officers had been responding to a domestic violence call, and Chauvin claimed that the man reached for his gun. The man was shot (not by Chauvin, but by a different officer) and wounded. Authorities later determined that the officers had acted “appropriately”.

The second officer identified in the video is Tom Thao, who was previously sued by a man who alleged he and two officers used excessive force during a 2014 arrest. The 10-year veteran allegedly kicked, punched and kneed a man who was walking with his pregnant girlfriend. Thao was sued for this incident in 2017, but the lawsuit was settled out of court.

As protests continued in the Twin Cities on Wednesday, Chauvin’s past altercations have led the Minneapolis Police Department’s handling of Floyd’s death and race relations with law enforcement in the state to come under additional scrutiny.